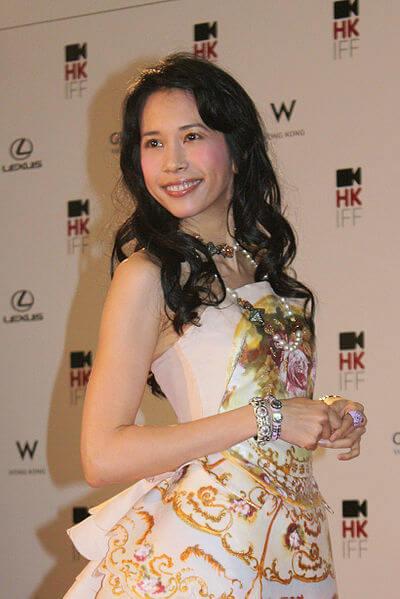 Karen Mok is a two-time Golden Melody Award-winning Hong Kong-based actress and singer/songwriter. In case you assume this makes it likely that she is yet another bimbo, think again. She attended the United World College of the Adriatic near Trieste, Italy from 1987 to 1989, and majored in Italian literature when studying at the University of London. Not only that, she speaks English, Cantonese, Mandarin, Italian, and French. She is Eurasian: her father is half-Chinese and half-Welsh, while her mother is half-Chinese, a quarter Iranian, and a quarter German.

Her unique style, chameleon looks, luscious hair and signature long legs have made her one of Asia’s most sought-after celebrities in advertising. Mok is also the first Asian celebrity to launch her own fragrance and lingerie lines. She currently serves as an ambassador for UNICEF, SPCA, Animals Asia Foundation and Enlighten-Action for Epilepsy.

During part of the promotional publicity for the latest release, entitled ‘Precious’, Mok was asked if she is a diva or a ‘little woman’ in a media interview. In case you didn’t know, the phrase ‘little woman’ is a literal translation from Mandarin referring to a woman who chooses to take a backseat and be the pillar of support of a man. She is the ‘wind beneath the wings’ of this man and is ideally depicted as unseen, silent, and even, at times, long-suffering. Little woman, Mok is definitely not, yet she was portraying this persona in one of her music videos. Diva? Definitely, if you read up, even a little bit, about Mok’s career.

The media, being the media, would ask questions about Mok’s depiction of a ‘little woman’ in her music videos because it is such a contrast from everything they know about her. To portray a character so completely different from who she actually is involves

1. Being comfortable in her own skin. Due to the energetic and creative demands of her job as an actress and singer/songwriter, she, of all people, would have done a lot of inner reflection on who she exactly is, what she stands for, and where she wants to be.

2. Being in touch with the other side of her that is always there, perhaps the desire (however small) to be the ‘little woman’ sometimes, including being taken care of financially, emotionally and even sexually. As women, we are a myriad of personalities and play different roles from mother, daughter, sister, lover, wife and so on. So what’s the fuss with getting in touch with the ‘little woman’ inside, too? There’s absolutely nothing wrong with it. 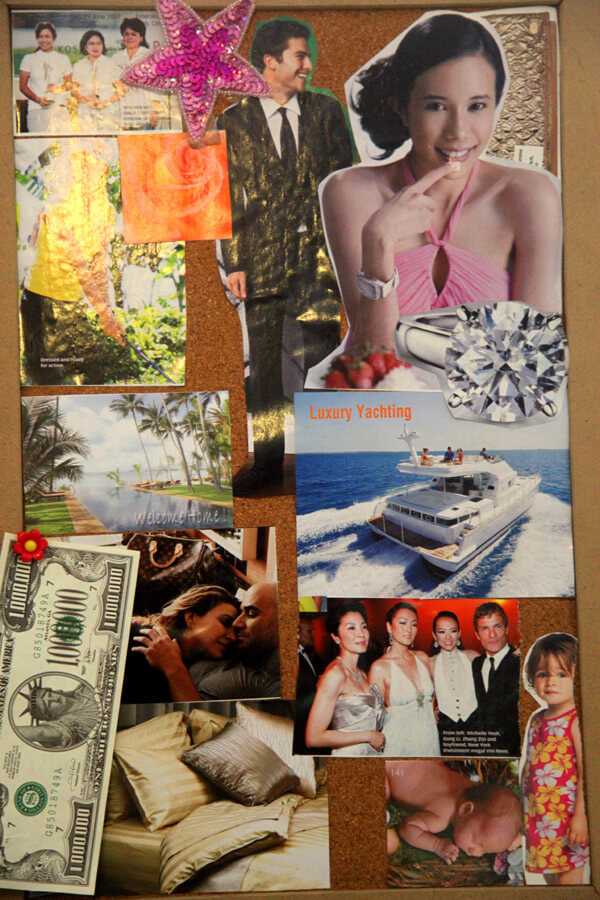 3. Being willing to evolve and be different, not for the sake of being different, but because of what it means to her – self-reflection, personal growth and greater self-awareness.

4. Being able to come to terms with the questions and scrutiny, even the criticism. Freedom to be one’s authentic self involves going ahead regardless of what may come.To be honest, I am not a follower of Karen Mok’s work. However, she is on my ‘vision board’, which is any sort of board upon which one displays various images to represent what one wants to be, do, or have in their life. About two years ago, I needed a picture to represent the ‘me’ I want to be. I chose a picture of her in pink smiling into the camera and looking like she was just about to lick some cream off her finger. I didn’t pick the image because of her celebrity status, or out of some desire to become the next Karen Mok. I chose it because it was only the picture out of the ones I shortlisted that actually evoked any positivity in me. First of all, her smile reached her eyes. She was happy. Not just happy, she looked positive, absolutely radiant and completely capable of accomplishing anything she sets her heart and mind to doing. Thirdly, she was just ‘being’. She wasn’t trying to be somebody, she just was. Alive. Being.

All of us probably need a bit of Karen Mok in our lives.