Christmas has been over for a month but I like to share this fun video from Japan!

Little Taiko Boy’s soundtrack is a safer-sex parody of the American Christmas carol “The Little Drummer Boy” interspersed with the slow rumble of a traditional Japanese taiko drum that sounds like a massive throbbing heart beat. Against this backdrop, several men meet in Tokyo’s bathhouses, love hotels and cruising spots for intimate encounters, watched over by a glamorous drag version of Amaterasu Omikami, the Shinto goddess of the Sun played by Japanese activist and artist MADAME BONJOUR JOHNJ. Like a queer Santa Claus, the goddess leaves each couple a condom in a bejeweled wrapper as a gift and blessing for the night.

While Little Taiko Boy’s setting is local to Tokyo, the contrasting elements woven together within the video emphasize how universal its issues are: the music brings together the modern and the traditional, the East and the West; the images depict the carnal and the spiritual, and ancient deities take up new roles in the modern world. And despite the urgency of its safer-sex message, the video not only embraces sensuality wholeheartedly, but does so with humor; after all, there is nothing “little” about either the Taiko drummer or the drum he beats.

Filmmaker Bryan Jackson made several trips to Japan in the course of developing Little Taiko Boy, working closely with AKIRA THE HUSTLER and Madame Bonjour JohnJ at Rainbow Ring’s COMMUNITY CENTER AKTA. The LGBT center and gallery takes an innovative, localized approach to community work that includes condom “Delivery Boys” who have done outreach and condom distribution in Tokyo’s Shinjuku Ni-Chome district since 2003. The ‘Goddess Edition’ condom cases that Amaterasu Omikami gifts in Little Taiko Boy are inspired by the artist designed series produced by Community Center AKTA. Jackson made the video with a grant from ART MATTERS, a foundation created to assist artists who make work intending to break ground aesthetically and socially.

This video was funded in part by a grant from Art Matters. 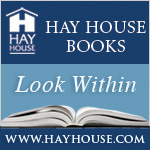