Singapore (and possibly not unlike other societies) really does a good job in public shaming.

Is there any wonder we get worried and anxious about being embarrassed, or get things wrong – as if it is the worst thing that can happen to us as adults?

For some years now, some Singaporeans have taken much delight in shaming supposedly undeserving people who are occupying the SMRT (Singapore Mass Rapid Transit) train carriage’s “reserved” seats for the needy. They don’t think twice about such public shaming because they are just angry. They can’t let things rest and instead decide to take matters into their own hands. Essentially they want to have a form of justice and exert revenge.

I am not going to go into who’s right or wrong (especially since I wasn’t there). I am not trying to fan more hatred or get you to choose sides.

If we turned this into a teachable moment, I like to point out we tend to associate ‪‎health‬ conditions with visible ones. People who don’t appear to be in pain can be in great suffering without appearing so. Also disability‬ is not just physical, there is also mental disability.

If all of us (myself included) can have more ‪compassion‬ for the ‪‎suffering‬ of others and be less quick to jump into conclusions and ‪judgment, the world will be a better place. Let’s seek to understand, not persecute.

Read about it here and here.

Shame is very real when it comes to sex and sexuality as well.

Women who have as much sex as men are often regarded with mistrust and called sluts; while men are considered studs.

We might start wondering if we are acting “normal”, behaving things “correctly”, and constantly comparing ourselves against others without any real basis (and instead make up stories of what his, her or their sex lives must be like).

This is a fun video which might trigger some of your judgments. 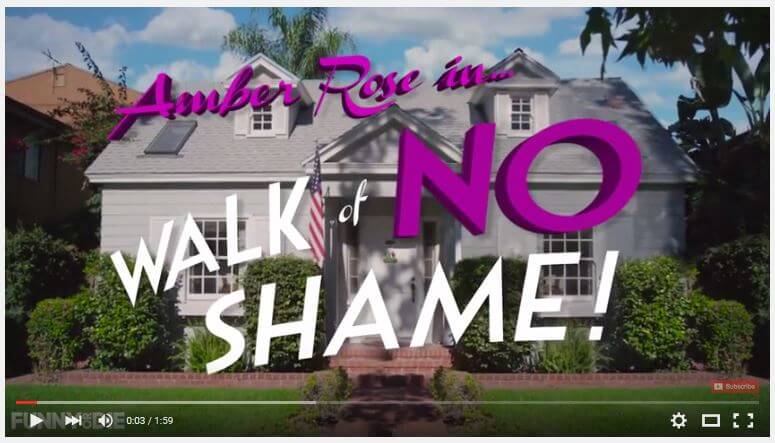 What came up for you watching this video?

Want to work through your discomfort and shame around sex and sexuality?

These are the biggest issues I work with