Transforming accusations from something we fear or have difficulty responding to, to something that can trigger personal growth and positive change!

Most of our enduring relationships – with lovers, friends, family members, or coworkers – will eventually involve conflict. One person will level an accusation at another, often triggering a defensive response.

Sometimes accusations are overt but mostly they are implied. Occasionally they can be well-received, but more often they go down badly. Our culture, education and upbringing seldom give us the skills to work positively with accusations. This is a great loss. Both accusations that are directed at us, and ones that we direct at others (even if they are never spoken aloud) provide an opportunity for learning and personal growth.

So many of our desires – becoming a better person, doing more of what we want to do in the world, having more meaningful relationships – can be achieved through approaching accusations differently.

This conflict resolution workshop is about transforming accusations from something we fear or have difficulty responding to, to something that can trigger personal growth and positive change. In this workshop you will be given powerful, reusable tools that will help you alter the nature of almost all future conflicts

The workshop is a mix of theory, discussion and a really juicy exercise. It will appeal to you if you want to learn more about yourself and your relationships. It is likely you will leave lighter and more confident than you arrived, and you will have a deeper understanding and sense of peace around at least one relationship conflict.

Please note that this is substantially inner-work (and some small group sharing); it does not involve live conflict resolution work between two or more people.

Workshop handouts include a detailed exercise you can practice by yourself, or with a friend / colleague / partner.

“What an eye-opener the practical exercise is, on turning accusations around and looking at them from all angles. I realised that there’s usually at least a seed of truth in criticism (sometimes much more than a seed!), and that this truth guides me to greater empowerment. I also realised that people are generally unskilled at giving feedback … and if I hold that against them, I miss out on a rich source of personal growth pointers. Conversely I now get that the more ‘mixed’ or ’emotionally charged’ my feedback is, the less likely it is that someone else will/can listen to it … and that there are ways I can make it easier for them to pickup (which benefits us both).”

“One of the most valuable workshops I’ve done to date.”

“A helpful self awareness tool.”

“Really interesting, loved the group of people there.”

WHO THIS IS FOR AND NOT FOR…
INTENSITY: Between one and three chillies out of four. Different people experience this workshop very differently, depending on how new the work is, what conflicts are up for them at the time, etc.
WHO FOR: People who want to learn from situations, including conflicts. People that are interested in ‘inner work’ or self-development.
WHO NOT FOR: This is not a group version of couples-counselling. If, in conflicts, you think that you’re always right and it’s only the other person that needs to change, you might not enjoy this workshop. (But then again, you might love it!)
WHAT EXERCISES? One main inner-work exercise, which will first be demonstrated, and that you’ll share with others to the degree that’s right for you.
WILL THERE BE PARTNER WORK: This workshop entails mostly inner-work, with some group sharing and sharing in pairs.
CAN YOU WORK WITH AN EXISTING PARTNER / FRIEND? Not relevant. This is not a workshop where conflicts between two people will be worked with ‘live’. Conflicts are used as examples in the abstract.
NUDITY / SEXUAL CONTENT: None. (If that seems like a strange issue to be clarifying, please note that many other Curious Creatures workshops include adult content).​
COMMITMENT: You can do the main exercise to whatever level is right for you.
RATIO OF EXPERIENTIAL TO THEORETICAL: About 50/50 per cent.
BRING: Water bottle, your own snacks.
WEAR: Whatever you’re comfortable in. 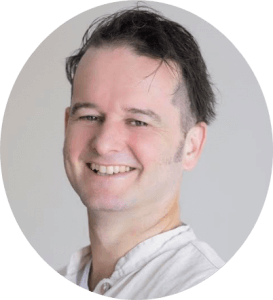 Curious Creatures believes in a world where personal empowerment, sexual freedom, diversity of expression, and spectacularly good communication skills are the norm. It’s one thing to agree that, in theory, consent and communication and safety are important. Putting that into practice, however, is a little harder. In some ways, Curious Creatures exists as a response to that challenge.

Roger Butler is the driving force behind Curious Creatures, along with some very special co-facilitators.  Roger Butler was brought up white, middle-class, mostly heterosexual, and male. In addition to that lineage, they now identify as kinky, tantric, polyamorous, queer, and very, very curious. Their training is in Process Oriented Psychology and the facilitation of groups, coupled with an extensive education in sexuality.

On their podcast Curious Conversations about Sex, Rog speaks on topics as broad as complex relationship dynamics, body image, gender issues, sex in long-term relationships, kinky sex, abuse and trauma, modern tantra, and sex work. If you’d like to book Rog as a speaker or interview them on your show, please contact us.
In 2000, Rog completed the one-year training offered by the Groupwork Institute of Australia, later accredited as the Advanced Diploma of Group Facilitation.  This is Australia’s most advanced training dedicated to the facilitation of groups.

Additionally, Rog has undertaken professional development and study relating to sex and sexuality, including training with the Institute of Somatic Sexology, Barbara Carrellas’s Urban Tantra Professional Training Program, Seani Love, and Dossie Easton.
Curious Creatures believes that sex is about delicious, hedonistic experience as well as being a path of self development and a contribution to a less violent world. They run workshops in a whole range of related topics in cities across Australia.

Curious Creatures take health and safety, and the regulatory environment, seriously. They are apparently the only workshop providers in Melbourne with a license class that allows for sexual contact between participants. For the roughly one-quarter of workshops that fall under this category, Curious Creatures meet and exceed their obligations in relation to providing an appropriately safe workshop environment. 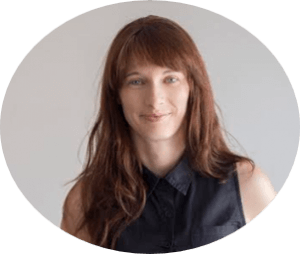 Tess is a qualified occupational therapist with a deep passion for, and experience working in, sexuality in neurological rehabilitation and disability in community and clinical settings. They co-facilitate several Curious Creatures workshops, and co-host intimacy party, Curiosity.

Tess is determined to enable all humans (regardless of gender, culture, lifestyle) to explore sexuality, sexual expression and embodiment regardless of/including persons with injury, chronic illness, differently abled bodies and neurological conditions.

With facilitation experience in clinical & non-clinical settings, wrapped up in a career history including teaching the circus arts internationally, health care, performing theatre, global festival hopping and a long-standing love of kink, Tess is determined to expand the sex positive culture and the freedom to explore sexuality to all.

Find out more at www.connectabletherapies.com.au