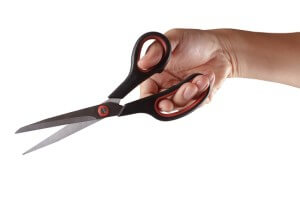 According to Urban Dictionary, “Scissoring” is a “lesbian sex act where two partners interlock their spread legs (like two pairs of scissors) and grind their vulvae together to stimulate each other’s clitoris to orgasm.

Also called tribadism, the practice has many colloquialisms. In some Central American countries it is called ‘making tortillas’, and the Chinese refer to the act as ‘polishing mirrors’.”

Is it a real thing?

In the Ultimate Lesbian Sex Survey, 40.7% of the 8,556 women said scissoring was a regular part of their sex lives, including 43.98% of lesbian-identified survey-takers and 43.48% of survey-takers in a relationship.

You may be interested to read their feelings about scissoring here.

And if you still questioning whether scissoring is real, read more here.

You may not be lesbian and wondering why all this is relevant to you. In the above links, you might begin to realise a   few things:

What if the saying “It’s all good” holds some truth?

Instead of comparing and trying to be “normal”, or just like everybody else, explore and seek to find your unique sexual expression.

If you wonder about doing something, do it (within safety limits) and see how that feel. If it feels good, repeat. If it doesn’t, go back to the drawing board.

Don’t be scared of sex and of your sexuality. It’s yours.

The more comfortable you are with your sexuality, the more powerfully you show up in the world. The world needs more powerful people who show up powerfully. Why not let that be you?