I am a sexologist and I am also a woman. I want to share here publicly that I do know what it is like to constantly fear being sexually assaulted and feel violated. About five months ago, I began associating with a person and by circumstances and choice, I’ve had to meet with him every week (though not in my official work capacity). After countless episodes of him bumping into me (leading me to conclude it was intentional), touching me on the shoulder (when unwarranted), hitting me (whether playful or not – there were occasions it also did hurt), using a pen to draw on me (on one occasion), I finally snapped, screamed at him and told him he was out of line in Dec (four months ago). He stopped his behavior – including not bumping into me. All through this time, I told him repeatedly that I didn’t like it, to stop – only to be ignored. I started feeling scared about being touched, attacked and unsure about when the next incident would happen.
He, also, on numerous occasions asked if he could touch my butt or breast saying, “I feel like touching your… Can I?” I would say no, and it would be followed by a quick “Why not?” This left me (this powerful woman) speechless. It’s MY body and a no should have suffice – what do you mean why not? Why did I have to explain why my body is out of bounds to anybody?
This happened again yesterday. He started asking again if he could touch my butt. I said no. He asked why not. Again, I was speechless. He continued asking not once, not twice, but at least three times. Which part of no didn’t he understand? Was he trying to wear me down? I told him firmly that I feel sexually harassed and he HAS to stop. I still feel unsafe even though nothing happened physically. 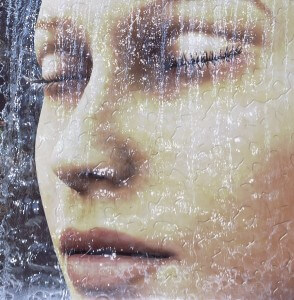 The fear of being groped has been with me since the first time it was mentioned – five months ago and a fear I continue to experience every time I meet this person (every week). Obviously, I have done nothing to provoke this behavior towards me. All this may seem like a big mountain out of a molehill to some of you. I’m just sharing what’s happening and what I’m willing to share – not the many other incidents in my life which were more disturbing and traumatic.
I am posting this because I am certain that all women have felt and have experienced the fear of being touched in ways they do not want at some point or another in their lives, through no fault of theirs. You are not alone. Being a sexologist does not grant me any super power most days. We are told, and we know we are physically weaker and if we need to fight back, we would lose. This frustrates and frightens us. Our fear of being violated leads us to shut down our radiance, and shut out men, life and possibilities. It also results in us playing small and stupid. Some of us go to the extent of perpetually fearing men, even hating them for the power they hold, and leads to a love/ hate relationship we have with them. Not all men are harassers, abusers or assholes. I have met sensitive, beautiful and conscious men who have moved me to the depths of my core.
I post this out of love for the men out there. I beg you to recognize our fears and be mindful of your words and actions.
I post this out of love for my sisters. Let not our fear turn into hate. I feel you. I am you.
I post this out of love for humanity. Let there be love, not fear.

After I posted the above on my Facebook wall at Thurs 31 Mar 7:40a.m. (yesterday), I received a lot of comments of support and love from many of my friends, their friends, and strangers. Four people asked me separately why I continued to see the guy. This is what happened when you post online – you can never tell 100% how people will react, and sometimes, you can actually become negatively affected or even re-traumatised.

This was what I eventually responded with after sitting with it for one day: “I am reflecting on how people are asking me why I see him as if I am stupid and cannot stop, or it is my fault because I continue to see him. I hoped it would have been obvious the reasons I were meeting him was more important than the fear of being touched – and it was, to me.

Should I have stopped what I felt was important stuff and important to me – and be beaten to retreat – because of my fear? Why do women have to make such choices in the first place? To say more would be to identify this person and that was not my intention. What is unfortunate that I feel I need to explain more when my story as it is should have suffice. We should give people the space to say what they say, and also to leave whatever they want unsaid. This sensitivity doesn’t seem to be there at all.”

Beyond a discussion of sexual harassment here, there is a bigger question here: Why can’t we just allow people to share their story the way they want to share, including choosing to leave out certain details? No, we feel we need to get to the bottom of things. As if it is our job to do so?

Here’s another point. Perhaps those who care for the person, who has to go through this, are also affected and have a sense of powerlessness to provide protection, adequate support, or “fix” the situation. This also can cause people to respond in unexpected ways – including be outraged.

What is our real intention? To hear, support, defend or question? As in any conversation, the answer you might get depends on who you are to the person.

In two instances, the people seeing it fit to ask: “Why are you still seeing him then?” are people I don’t know and never met. Do I own them an answer simply because they are my followers? Are they deserving? Can I trust them to be discerning with whatever was left unsaid? Probably not.

This is my suggestion in delicate situations – whether you are a friend or otherwise:

Thank you for reading and learning. I hope this has had some value to you. You might like to read an email of support I received later here.