A Different Message: “C” is for Cancer

This one has nothing to do with sex.

Whenever I talk about my mom’s cancer, I end up getting unsolicited stories and advice from people.
It used to baffle me how some people could be so insensitive until I thought about turning that frustration into something that could actually do some good.
And this is the product.
Within less than 24 hours of it being published, it’s been read more than 1,600 times. 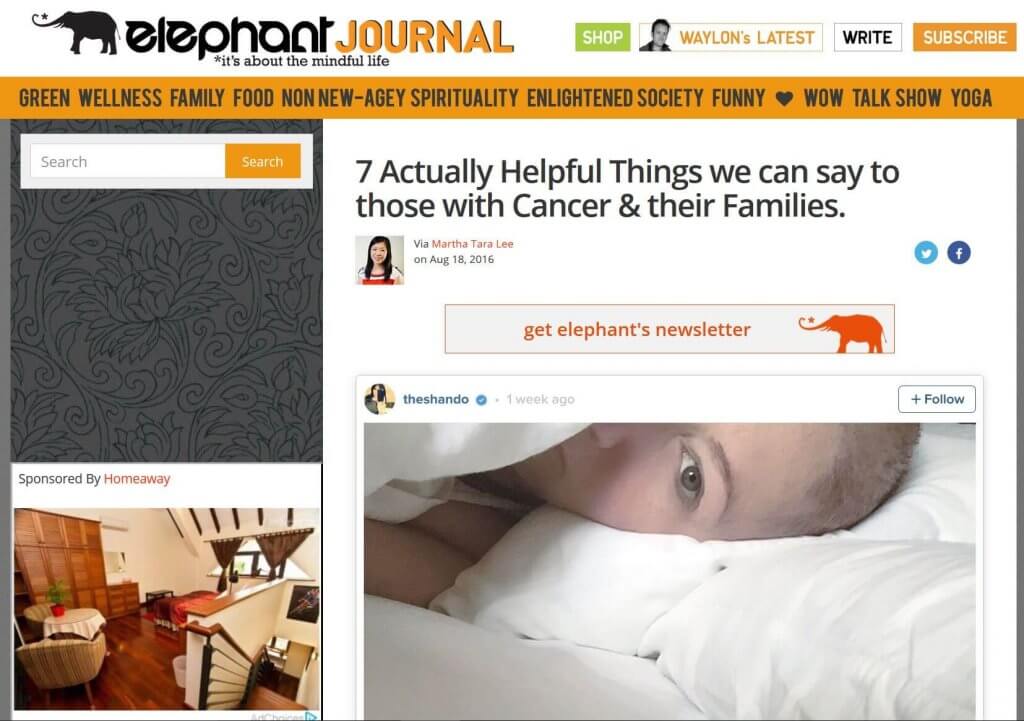 Read all my other pieces on ElephantJournal here.

Since 2011, she has been (and still is) the only certified sexuality educator by the American Association of Sexuality Educators, Counselors and Therapists (AASECT) in Singapore. This accolade is only for those who meet the stringent requirements determined by AASECT, which is the leading professional organization for sexuality educators, sexuality counselors and sex therapists in the United States. In short, she strives to be the one of the best sexologists in the world.

She takes prides in making sure all her events are fun, educational, and sex-positive. This comes easily to her because even though she is extremely dedicated and serious about her work, she fundamentally believes that sex is meant to be fun, wonderful, amazing and sacred. As such, this serious light-heartedness has shone through again and again. You can read the testimonials she’s received over years here.

Often cited in the local media, Dr. Lee is the appointed sex expert for Men’s Health Singapore, and Men’s Health Malaysia. She was recognised as one of ‘Top 50 Inspiring Women Under 40′ by Her World in July 2010, and one of ‘Top 100 Inspiring Women’ by CozyCot in March 2011. She has published two books: Love, Sex and Everything In-Between, and Orgasmic Yoga. For her full profile, click here. Email her here.