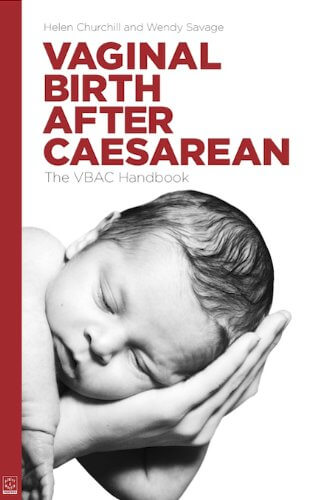 This book is for women who are seeking a concise reference book having had caesarean births previously, and now exploring the possibility of having a vaginal birth. They might have doubts and questions about the feasibility. The book can be separated into two parts; with the first dispelling myths around the risks around vaginal birth after caesarean (VBAC) with facts and statistics, and the second containing birth stories of women who have successfully had VBAC. All of the birth stories have a positive side to it, and make great cases in favour of VBAC.

Though written for women considering VBAC, all women planning to get pregnant, or who are already pregnant will benefit from understanding more about the vaginal births as opposed to caesarean births, and making informed choices for themselves about the type of birth they would like to design for themselves. The book is obviously written in favor of VBAC as well as vaginal birth, and goes on to demonstrate why through its statistics and case stories. It plants a seed of not just the mystery and wonder of childbirth, but also the strength, courage, and feasibility that vaginal birth is possible – and in fact favourable.

I enjoyed the birth stories the most as the personality, courage, strength of the women came through. I already knew there would be a happy ending – a baby at the end. The women were relatable, honest, vulnerable, and it was wonderful to have that person touch to an otherwise pretty academic and scientific sounding (even boring) book that seemed to belabor the point. I enjoyed reading about the role of midwives, and the options the women had and that worked for them. It was nice to run of the support of their husbands and family, and it would give readers the ability the ability of envisioning their own desired birth.

I think this book could have done a quick summary at the end of every chapter in this day where everybody have shorter attention spans. There could have more bullet points through each chapter. However, these two points above are more about presentation than anything.

The introduction could have been warmer in its welcome as I doubt most readers would be comfortable with an academic approach. There are two distinct styles in the book, and quotes could have been weaved into the beginning to not lose touch with how intimate and personal childbirth is. Since this was published in 2008, I would have preferred to have been assigned a more modern book as my clients would expect me to have the latest information and resources.

I learned that VBAC was possible, and I had to go back and read the fact that there is little risk of the scar tearing twice – and then again, after finishing the book. This was mentioned, but probably not emphasized in the book. I also learned though there was much ado about VBAC there really isn’t all that much to it – just get over the impossibility or lack of medical support by knowing it can be done! It’s presented simply and plainly – and after one can wrap their head around that, the book became pretty much a bore until the birth stories.

The book is a tool which will allow me to talk about VBAC, and reference to it without needing to get into a debate with future clients.

The book allows me to see the power of stories in getting a message across, and they will be very effective as an aid when working with clients. I look forward to collecting my own birth stories and testimonials from future clients.

Helen Churchill lectures at Liverpool John Moores University and has over twenty years’ experience of researching caesarean birth. Her publications include a number of papers, articles and reviews on women’s health issues and include the books Caesarean Birth: Experience, Practice and History (1997) and Caesarean Birth in Britain (1993 and 2006). Professor Wendy Savage qualified as a doctor in 1960 and in 1977 became Senior Lecturer in Obstetrics and Gynaecology and Honorary Consultant at the London Hospital Medical College. She was an elected member of General Medical Council 1989-2005. Published books include A Savage Enquiry, Caesarean Birth in Britain (1993 and 2006) and Birth and Power (2007).