What About Sex Addiction?

Sex Therapist Dr. Roger Libby demystifies what sex addiction is and how one can get the right support instead.

2. Sex Addiction is not a Diagnosis with Dr Roger Libby

Episode 121: Sex Addiction is not a Diagnosis with Dr Roger Libby. There is no proven support for either sex addiction or hypersexuality. These are phony concepts which are used in sex negative ways. This does not mean some people are not out of balance or OCD (Obsessive–compulsive disorder). CBT (Cognitive behavioral therapy) is the most effective way to deal with imbalances. Sex addiction clinics overcharge for a condition that does not exist. Both the DSM and Aasect have soundly rejected both concepts. Unfortunately AAMFT still supports these harmful concepts. 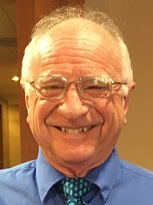 Dr. Roger Libby is a sexologist, an AASECT certified sex therapist and a sexual troublemaker. He was a visible leader of the second sexual revolution from 1963 to 1975. He coined the term “sex positive” in 1976, and he started National Orgasm Week during Spring Break in the mid-1970’s (first week of Spring). He pioneered the Pre-Sex Discussion to emphasize mutual consent in 1993, and he has been on The NBC Nightly News, Oprah Winfrey (twice) and CNN News Night. Dr. Libby hosted “The Pleasure Dome” radio show on a rock station in Atlanta for three years. He is the author of numerous academic and popular books, including Sex from Aah to Zipper and The Naked Truth About Sex (both at Amazon). Dr. Libby gave a TED talk on the next sexual revolution, and he is leading The Sex Positive Enthusiasm Revolution, which is already playfully underway!