To me… this is privilege! 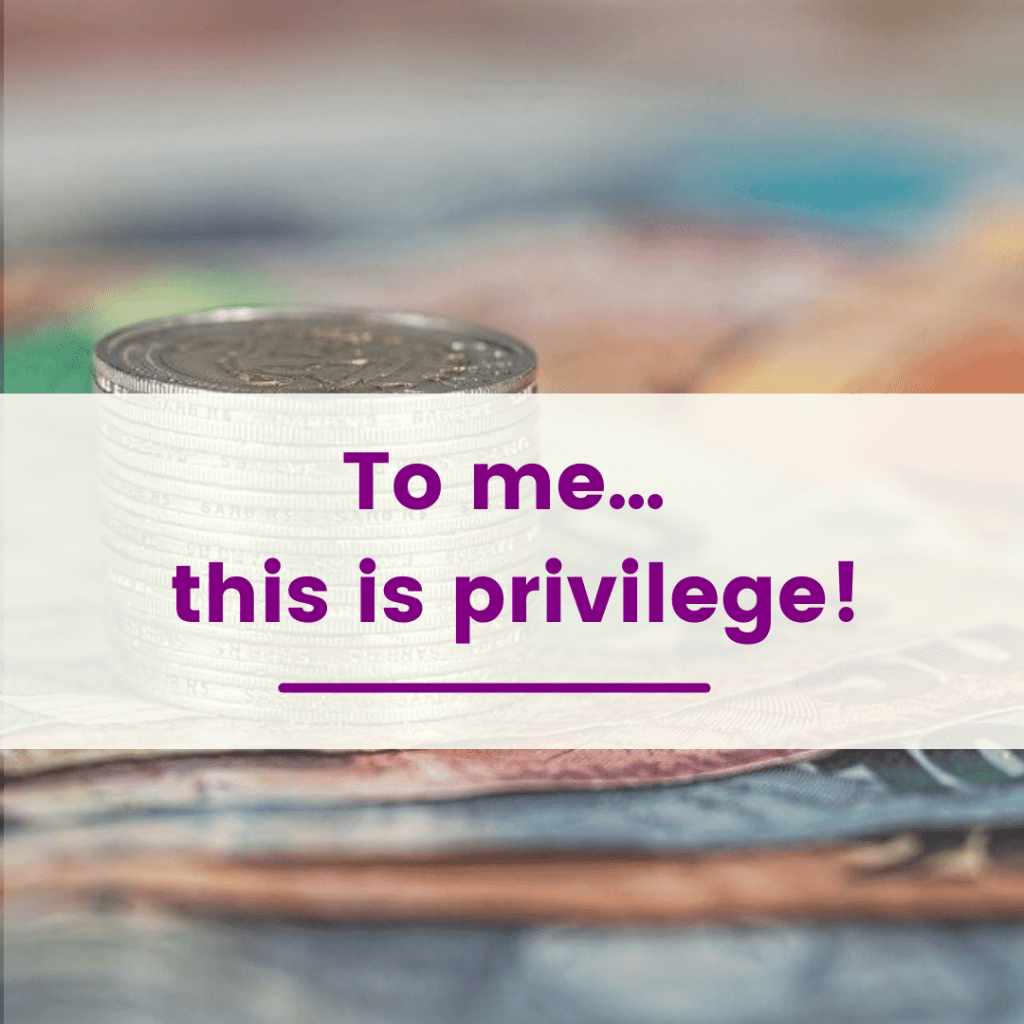 Years ago, somebody I was sleeping with would go Dutch with me every single time even if it was some small amount like AU$5. I felt embarrassed that he would make the cashier go through all that trouble for AU$5.

I couldn’t for the life of me understand why he would sleep with me but not have any spirit of generosity even in a small way. In the meantime, I was visiting his city and stressed out about matching our expenses. At times to avoid my own embarrassment of splitting the bill, I would just pay for it all hoping he’d get the hint that we really don’t need to be so calculative to the cent.

One day, I brought up how I liked it when my dates paid. He was surprised that a feminist like me would believe in such things.

I was like: “What are you talking about? Who doesn’t like a treat? Whilst it’s true that I can pay my own way, money is not just about money. It’s about being considerate of others, to make life just that bit easier for them. For many years, I’ve struggled financially, living month by month, and I still do… so if the treat makes my life a bit easier, that’s appreciated.”

He paused and then said: “All my friends are in my income bracket. They earn about the same or more than me.”

That’s a privilege. Privilege is when you see things from your point of view only, and don’t pause to consider things from the lenses of others. Privilege is when you’re in the majority and don’t bother to make life a little better for those struggling, otherwise known as the underdogs. Use your privilege to make the lives of others better because we all need kindness.