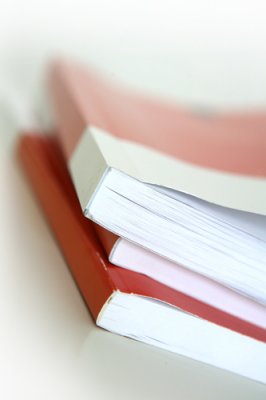 I had tuition from when I was in Primary One until Secondary Four. My younger sister started from when she was Kindergarten Two. She started early because she wouldn’t leave me alone during my tuition lessons – insisting on playing with me, talking with me, peeping on me – she felt left out.

I, on the other hand, hated being forced to take supplementary lessons I did not need. After a succession of tutors who quit – one of whom pinched me – I realised that my mother was going to continue forcing tuition down my throat. I eventually settled on the one I thought was the nicest.

This did not reduce my continued distaste for tuition through the years.

Same old stuff – I was made to rehash the same materials already covered in school. It was as if there was a belief that reiteration would, by some miracle, make sure I would reproduce the textbook word for word during examinations.

Speeding ahead – With my tutor, we went through the lessons which would be later covered in school. Initially, there was the novelty of already knowing everything that the teacher was going to say. With time – the thrill gone, I gave myself permission to zone out/shut down/daydream during class itself.

Extra homework – Having been told repeatedly that I was ‘bad’ for not doing my tuition assignments, I brought them to school and had to do them during recess. There was simply too much – besides attending classes, doing my school homework, extra-curricular activities and tuition assignments.

At the ripe old age of eight (when I was in Primary Three), I asked my tutor what my life would be like if I dropped out of school. She asked me why I wanted to do so. I confided in her that I was so bored with life and with school that I could kill myself.

I didn’t know this then. Tuition killed my joy for learning. I was uninspired, unmotivated and bored out of my mind.

I didn’t want tuition. I didn’t even need tuition.

I was the child. And of course, I didn’t know what was good for me.

My mother, of course, took all the credit for my academic achievements. She thinks if not for the tuition during my foundational years, I would not be who I am today.

I know better. I know I would have had a much happier childhood, probably had a better attitude at school, and even paid better attention when I was actually in class. I might even have applied myself more fully in every task I was given.

Once I asked my mother, “What would it take for me to learn what I need to know as an adult?”

Her reply: “Everything you need to learn is in your textbooks.”

I believed her. I loved reading. Yet, in my naive mind, I thought everything that was outside of my school textbooks was frivolous. So any other reading materials, including storybooks and newspapers, were secondary – even a waste of precious time.

It wasn’t until much later that I realised that the world does not revolve around textbooks. There was much – in fact a whole lot – that one textbook could not possibly cover. My world opened up when I entered Polytechnic and was encouraged to ask questions, challenge facts, and formulate my own, unique, thoughts. It was the dawn of a new era for me.

I regret not being more curious about the world outside of textbooks. I regret not reading more. I regret being a ‘good’ girl – which meant doing the same English, Chinese, Mathematic, and Science exercises presented in slightly different arrangements, over and over.

Parents, rather than follow what your relatives, friends, and neighbours do, blindly, ask yourself the following questions:

Your children are little people who need your love, respect and trust. Yes, trust. Trust that all will be well. Let go when possible and appropriate. Controlling your children excessively does not necessarily make you better or more responsible parents, and certainly does not endear you to them.

In my opinion, the greatest gifts that parents can give their children include a curiosity of the world, a joy for life, a desire for learning and a heart for other people. Good luck!