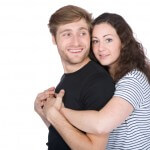 “Initially I was rather apprehensive about the workshop being a group session; however after being in the workshop with 2 other couples, I found the other couples’ experience sharing to be a very powerful self-reflection tool. I sincerely would like to thanks A*&I* for sharing how they handle their problem and ideas on how to make it better for me in getting in the mood for sex. I would like to thanks A* and K*. H*. especially for putting all my feelings, hurts and frustrations into words. For a long time, I was so trapped in my own frustrations not knowing how to articulate out in words how I feel, how to make it better for my hubby and myself, how to feel even and to hear them speak out, especially on the point of how “a person can always ask but he should not always expect to be given” brought tears to my eyes. I dare not even think such thought as I was schooled in the belief that the wife always provide.

My hubby is especially very much consoled that there is someone out there who feels him. After hearing I* sharing, he no longer feel that he is the only unlucky guy in this world who have to cope with a wife who face pain when having sex. And seeing how A*&I* being caucasians and having the same problem sort of drive home the point that it can happen to anyone. He is now more patient and accepting of my condition. He also now grasp some basic tools on how to make our sex life more happening and he is more accepting of his share of responsibility and actions in making interesting sex happen instead of just asking and expecting it to happen.

And in this day and age where divorce is the second word next to marriage, to see a couple working so hard to save their marriage, is so inspirational. It makes me treasure my marriage more and have a little more patience and love to work things out and talk things out. Silence is not the best policy in marriage I guess :)” – Participant, April 2011

I think this week end was a HUGE help for us. Only a few weeks ago he wasn’t sure there was a future for us, and now we’re starting afresh, looking towards our move to the UK, and are really happy! I still have a lot of issues to work on- both in the sex department, but also in my mind. I’m still not as confident as I would like to be, but there is hope. This week end really helped me see that I can be the woman he needs and wants. =)” – Participant, April 2011

“This workshop was full of good exercises and I want to try one by one with weekly bases. But before starting any exercises, I would like to start to read “Becoming a positive sexual person” with my husband. Because I want him to understand that woman also wants to enjoy the sex as much as man.(he has never touched my genital by hand) By him realizing that fact, he and I might be able to be on the same page to enjoy the sex together. Eye-opening, powerful and enthusiastic workshop! I will recommend to all couples who desire to build strong trust and valuable relationship.” – Participant, April 2011