Nominated for The Phoenix Award

I received this Facebook message from a long-time supporter and lecturer at my alma mater Ngee Ann Polytechnic Robin Yee on 17 Nov. I studied Mass Communications (MCM) there 1993 through 1996: 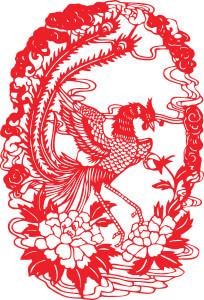 “I’d like to nominate you for The Most Surprising Career Reinvention award to be given out during MCM25 on Nov 28.”

These are the award categories:

He asked two things from me:

And this was my answer:

I was bullied from my primary through secondary years, and it wasn’t until I was entered MCM that our differences were celebrated. Our varied interests, abilities and talents were encouraged. We were expected to seek out our own path, and follow our passions. In addition, MCM allowed me to view the world through different lenses – one of infinite possibilities. We take life by the horns, we take charge, and we make things happen.

MCM supported me in questioning the world, standing up for humanity and injustice, and shaping my beliefs that I can truly make a difference. I decided to be a sexologist because I wanted to combine my interest in sexuality, with all the skills I honed over the years, including the communication skills I acquired at MCM. I care about people, I stand for positive sexuality, and I believe I am making a difference with each life I touch.

I’ve been told there are strong contenders and I might not win. However I am very grateful for the opportunity to look back into my past, and where I have come from. I am grateful to MCM.

I had no idea what I wanted to do with my life and was never told I was good at anything much. Coming from a neighbourhood school, the only thing I knew about myself at the ripe young age of 16 was that my English was better than my peers, and that wasn’t say much about who I am and what I was destined to be.

I am grateful for all that I have received in my life, and will be happy for all the winners regardless of who wins. In many ways, we are all winners, including you dear reader.

FYI. Noel Hidalgo, an archaeologist who has made some startling discoveries that will be covered in Time and National Geographic won in my category. Congrats to him! Well deserved!

Please leave your comments on Facebook and Twitter and in the meantime, keep loving, live life fully and stay lovely!