To make Pink Dot on 1 July 2017, this is another infographic about the LGBT (Lesbian, Gay, Bisexual, Transgender) movement in Singapore. You can see the one specific to Pink Dot created here. 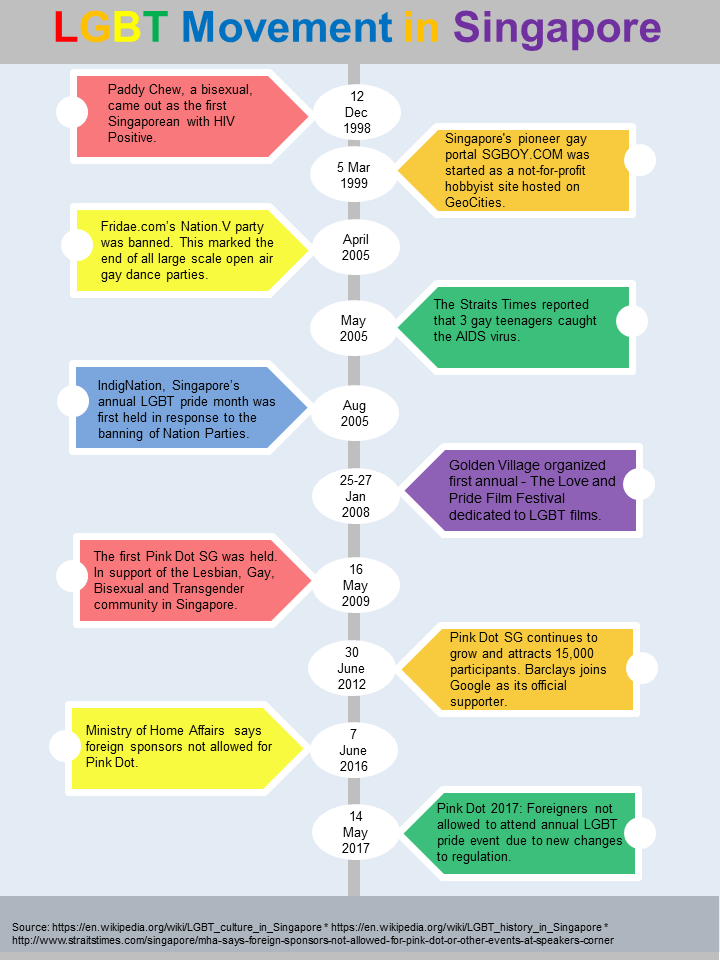