To mark Pink Dot 2017 which will be happening on 1 July at Hong Lim Park, I am releasing this timeline of the Pink Dot Movement which started in 2009 in Singapore. 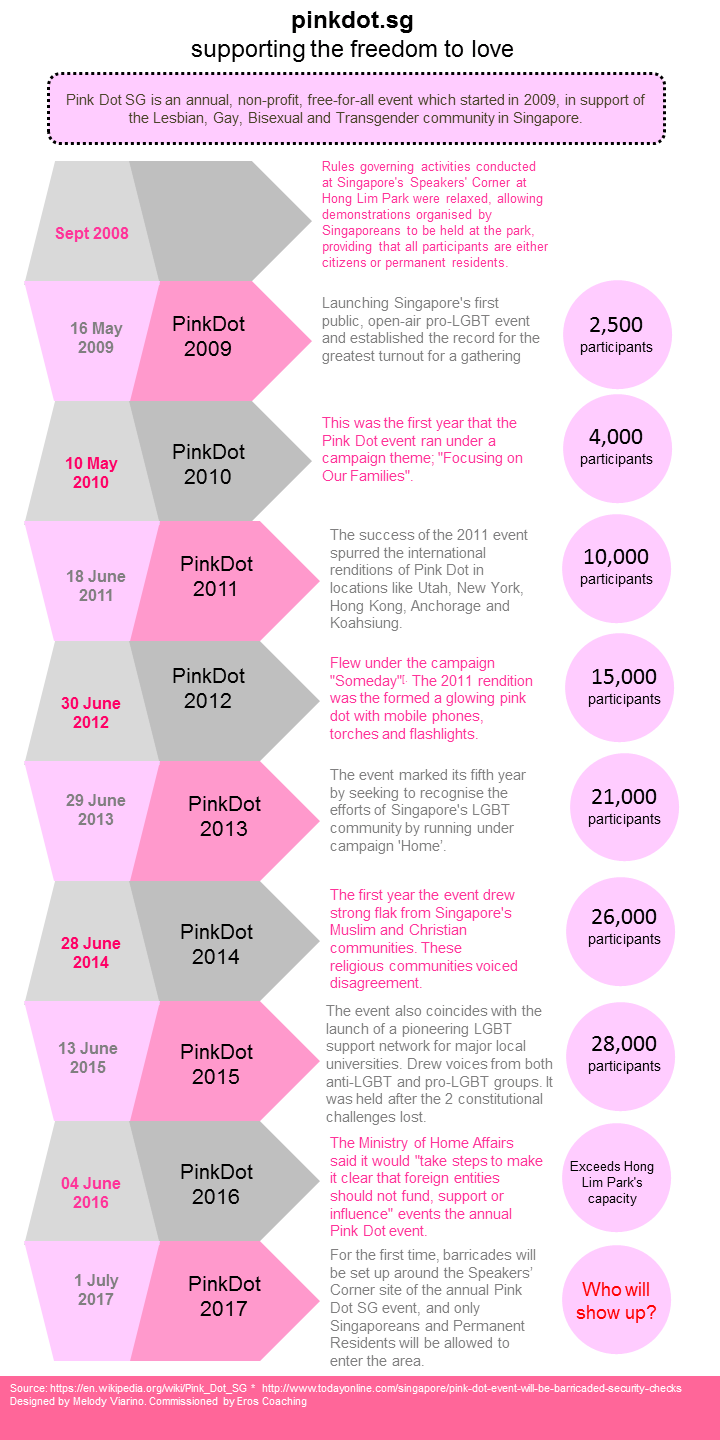 May Be Of Interest

As a certified sexologist who is also the only certified sexuality educator by the American Association of Sexuality Educators, Counselors and Therapists (AASECT). I take the same position of AASECT that having a non-heterosexual sexual orientation, that being transgender and that being gender non-conforming, are not mental disorders.

I am opposed to any “reparative” or conversion therapy that seeks to “change” or “fix” a person’s sexual orientation, gender identity or gender expression. AASECT does not believe that non-heterosexual sexual orientation or being transgender or gender non-conforming is something that needs to be “fixed” or “changed.” And neither do I.

This form of persecution is a violation against human rights, and I want to draw attention to how this is unacceptable.

sexuality in Singapore, Dr. Martha Tara Lee decided to take it upon herself to right this societal injustice in 2007. She set out to make a positive difference in embarking on her doctorate in human sexuality, then launching Eros Coaching in 2009. Today, she remains dedicated to working with individuals and couples who wish to lead self-actualised and pleasure-filled lives.