Book Review: Three Minus One – Stories of Parents’ Love and Loss 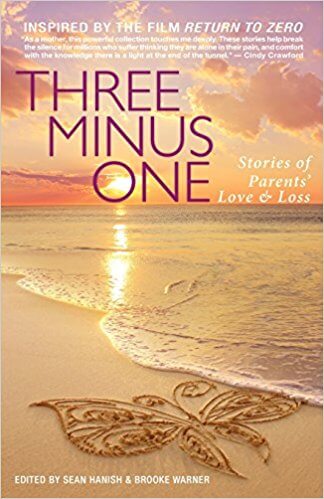 Three Minus One: Parents’ Stories of Love and Loss contains essays, poems, photos and artwork from parents who have lost a child. Written by parents who underwent different circumstances leading to the loss stillbirth, miscarriage, or neonatal death, the reader will get a glimpse into their inner world – thoughts, feelings, and actions.

Those who have not lost a child will get an increased understanding, appreciation, and empathy towards those have lost a child. While it is most obvious that this book is grieving parents, it is also recommended for those who are childbirth educators, bereavement doulas, or family and friends around grieving parents who seek to understand and support. I can see this book as being triggering for those who lost a child, but the writing will support them in their grieving process, and recognition that they are not alone. This book would definitely have been a source of closure and comfort for the grieving parents who chose to share their stories, and for that reason, we cannot have enough of these sorts of books.

I enjoyed the different stories told by different people, voices, and scenarios – including men and women. The theme across them all is, of course, death. It’s a bit like watching a horror film, holding your breath, and knowing how what’s coming next – a death. I liked the happy endings where there is another child after, or deeper appreciation of love, life, and parenthood. I appreciated the sensitivity to each story, and the allowing of them to take whatever form needs to take place. I “enjoyed” watching my own inner process of being sensitized to what parents must go through with their loss.

Actually, I think this book could have been improving by not “wasting” the teachable moments from an audience who would otherwise be receptive to some guidance. For instance, the book could have included articles on the grieving process, and overcoming it. Other articles which might be improved include sleep management,  when to try for baby again, resources on hereditary testing and so on. This is for people who may want more than just to grieve.

I don’t think this book would be suitable for pregnant women who have obsessive compulsive personalities. They are going to worry too much about losing their baby. For that matter, most women who are pregnant don’t want to ready a book on death when they want to have hope in their hearts.

There are many stories. After a while, they became a blur. They were similar, and most did not give more precise details about the death, only the shock and grief experienced. Hence as a practitioner in training, I would have liked some of the medical side of things e.g. malpractice. I do understand that this book is FOR the bereaved and for them to tell the stories they wish to. I didn’t think it was possible but I began to be more sensitized to those who have lost a child, even though I haven’t lost one myself. This is significant as I would need to be extremely patient with future clients who might be going through a loss of a child.

As mentioned, I would be a lot more patient with a death in the family than previously. This might mean listening to their story in whatever way it needs to be presented/ told, because that is probably the client’s way of processing things and making sense of life for themselves.

The book allows me to see the power of stories in getting a message across, and they will be very effective as an aid when working with clients. I know this book now as a reference, and can recommend it to clients who need such a book.

Sean Hanish is an award-winning filmmaker, screenwriter and playwright and a member of the Writer’s Guild of America.  His feature directorial debut, RETURN TO ZERO is a true story based on the experience he and his wife had when they lost their first son within weeks of his due date in 2005.  RETURN TO ZERO stars Minnie Driver, Paul Adelstein, and Alfred Molina, and is the first Hollywood film to tackle the taboo subject of stillbirth.

Brooke Warner is founder of Warner Coaching Inc., publisher of She Writes Press, and author of What’s Your Book? A Step-by-Step Guide to Get You from Inspiration to Published Author. Her book was a finalist for the Foreword Reviews Book of the Year Award for 2012 and her website was selected by the Association of Independent Authors as a winner of “Best Websites for Independent Authors.” She lives and works in Berkeley, California.