My Picture Made National News!

And it’s not even work-related.

It’s a picture I snapped because I was shocked.
I was so affected I asked two people what they thought about it before posting it on my personal Facebook wall.
One is Japanese and said, “This won’t happen in Japan”.
That part didn’t get printed in Straits Times
(our national newspaper in Singapore if you didn’t know).
I next wrote to the building management at The Marina One Heart.

This is the picture: 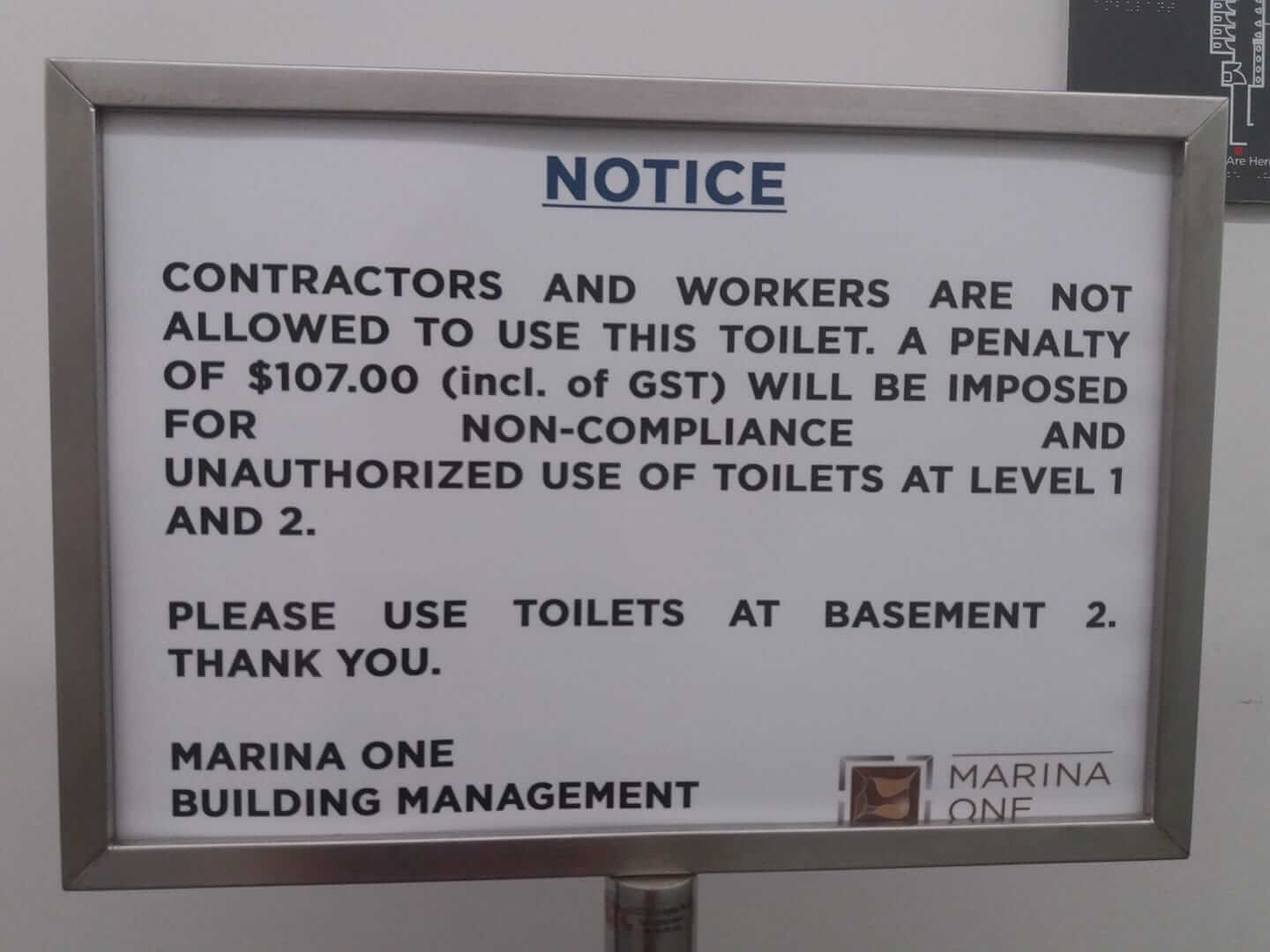 The shares climbed to about 800 shares within the next 24 hours (I think – and it is now closer to 1,500).
In less than 24 hours, a Straits Times journalist contacted me for an interview, but I didn’t actually revert in time before the story was filed.
I am happy with the resulting article + outcome though.
Read the Straits Times article here.

I’ve sharing this piece of national fame because of a few take-away points for all of us:

2) Do what’s right – I’m not sure the previous me (before being a Relationship Counselor and Clinical Sexologist) would have done anything.
I didn’t become the doer I am today overnight. I’ve been living by the mantra of “Do what you say, say what you do” and holding myself to the highest integrity and standard for years.
When the time came, I had to do what was right – period.

3) Do it anyway – Did I pause and wonder whether I should even bother taking the picture, asking my friends for their opinions, posting on my Facebook wall, and writing to the building management?
Yes! It’s natural to question yourself – about relevancy, effectiveness, constraints you already have, but I had to do something
(for me – not even to prove anything to anybody, not even if nothing came from it – see 2).

And of course, there were all these shares because people care.
We are not that different – we don’t like discrimination, racism, and inflicting pain on others.

The world is a little better because of one picture.
Oh yes, and never ever give up on life, people, and always, always have hope.

That’s the whole premise of my work.
I don’t give up. I always have hope.
I do what I do. I do what’s right. I do it anyway.