Do You have Space for Yourself?

Written in October 2019. Posting this as the 2nd year death anniversary of my mom comes up: 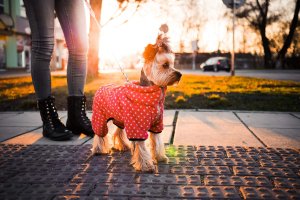 I first started pet-sitting to overcome my fear of dogs and cats years ago. Last year, I had several dogsitting assignments (free or with honorarium) which all involved house-sitting as well – in fact more gigs than ever before. My mom would ask why I kept doing them even though I wasn’t paid at all at times.

I would answer her: “It’s doing a good deed. It’s good karma.”

I might say: “I like doing it because I get to watch their Netflix for free. It’s like a mini holiday.” (I unsubscribed to Netflix to save money and also I was doing too much binge watching!).

The truth of the matter is I manifested so many of these petsitting gigs last year because I needed them.

It was breaking my heart seeing my mom getting smaller, weaker, and shockingly older by the day. She would have coughing fits because of the tumors in her lungs each night. I would be awakened but lie still while listening to her coughing, feeling breathless, going to the toilet, getting a drink of water, giving up sleep, then sitting in the living room by herself in the dark. I could hear all that. If I got out of bed out of concern, she would pretend she was all fine but I knew she really wasn’t.

I was exhausted keeping a positive front and acting non-nonchalant when in fact, I would be shocked, scared, and heartbroken by how she was deteriorating right before me. Who was I to cry infront of my mom – when she was the one who is living with and fighting with cancer? I didn’t want to upset her further. Instead I would only allow myself to cry secretly away from her the last year of her life.

When I got these dogsitting gigs last year, I was surprised by how my body would literally “collapse” once I arrived at each place each time. It wasn’t something I was conscious about doing at all, but something that I recognised was happening over time. I would find myself missing my mom, worrying about her, crying about her suffering, and wanting to sleep and rest a lot. I wouldn’t want to do much other than what was absolutely necessary work-wise but I kept things simple and quiet. I thought I was just physically tired, but it dawned on me – I was actually emotionally exhausted from being around her or being in the same house with her. To be honest, most of the caregiving was done by my dad not me but I was still very much affected.

Each dogsitting gig released some of the pain/ stress I was feeling out. I had my me-time. I was a bit more restored and recharged before moving back home again – and again, the cycle would repeat with me start feeling depressed and heavy in the house. These petsitting gigs were what I needed – guilty as I was about time away from mom.

Since my mom passed away, I haven’t received a single pet or house sitting gig this year. I didn’t pursue any gigs and I’ve been ok not petsitting or housesitting. I personally didn’t need it.