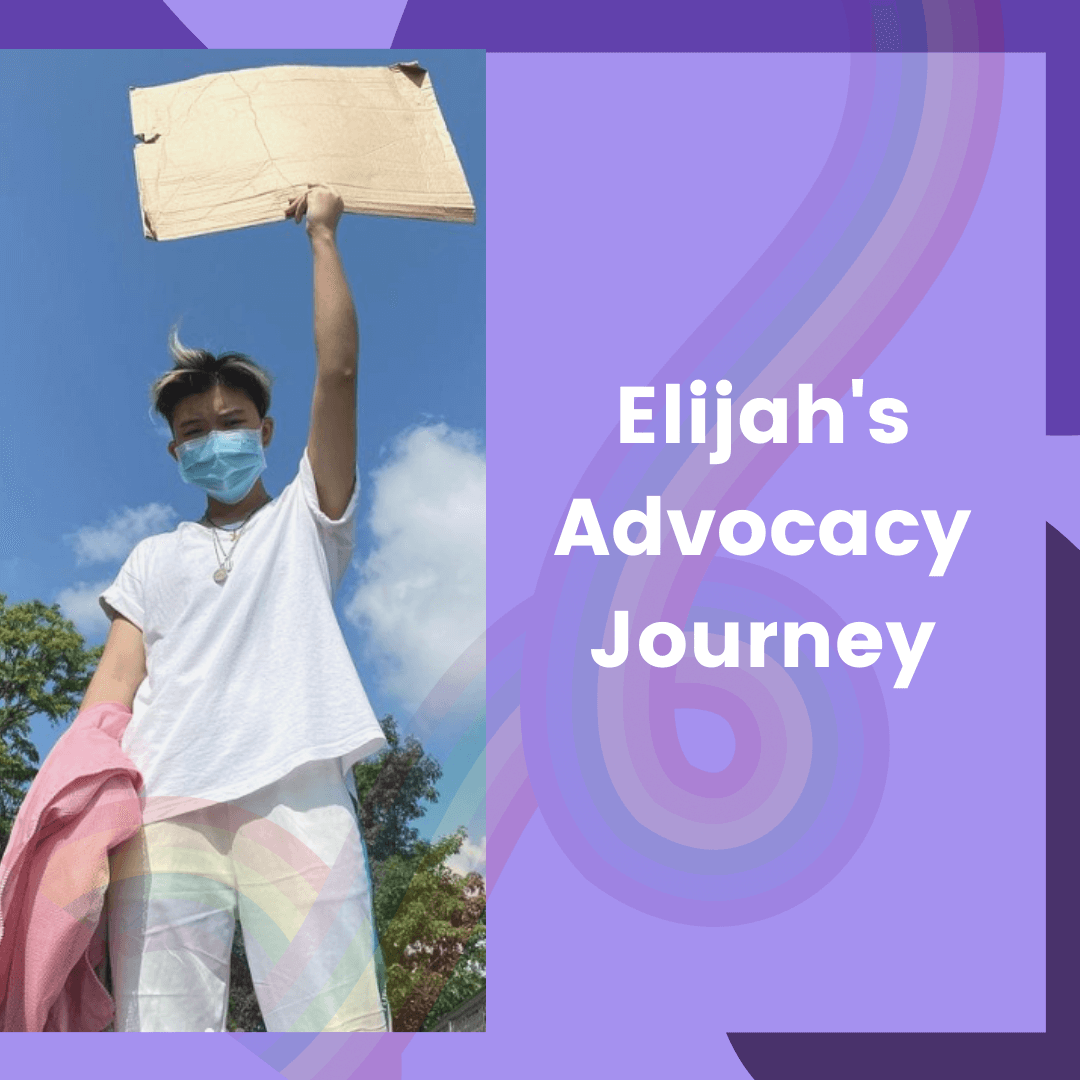 I didn’t always have a heart for the world. I was a pretty self-centred, close-minded child – I was focused solely on my own needs and wants, barely giving a care to anything or anyone beyond myself. But a spark and a journey of unlearning and relearning changed that, so, here am I today, advocating for social and climate justice, committed to leave the world a better place than I was brought into.

Growing Up in A Bubble

I was brought up in relatively sheltered environments at home, at school, and in Singapore society at large. I would also like to acknowledge that, as an able-bodied Chinese person from a middle-income household, not facing ableism and racism, and not being extremely susceptible to classism, my positions of privilege also desensitised me from the discrimination that others faced. I took things as they were and never questioned, or even paid attention to the social inequalities that prevailed.

I realised I am queer when I was 14 years old, when my friend brought up the term “bisexual”. I spent the next couple of weeks looking up wheat it meant to be LGBTQ+, hearing and reading about other queer people’s experiences. As I was browsing the internet and picking up library books, I realised the discrimination faced by LGBTQ+ people. In some of the coming out stories I had read, for instance, youths who came out to their families were kicked out of their houses, left to fend for themselves.

Learning about such inequalities, I could not move on in my life without doing anything in my capacity to tackle them as people continued suffering. However, it was not safe for me, as a queer child, to advocate for LGBTQ+ rights in my immediate physical spaces.

While I attended panel discussions in my own time, I also took it to the virtual space to raise conversations about “taboo” topics, such as LGBTQ+ rights, tattoos, and body hair. Through my personal Instagram page, I used the poll and question sticker functions to raise questions and spark conversations amongst my followers and friends, having a relatively safe space to have such discussions and for them to express their opinions anonymously. As a 14-year-old, I didn’t really think about this too deeply, but looking back, I think creating such a space for conversations helped me to subconsciously understand the importance of having the option of anonymity in facilitating “controversial” discussions.

This marked the start of my advocacy journey – introducing and facilitating virtual discussions, probing people to question what we have taken for granted, and raising awareness about social injustices.

As I was looking up resources and information with regards to the LGBTQ+ community, I realised that a lot of the content was US-centric, and there were barely any community spaces for younger, pre-university queer folks. In mid-2018, I started @QueersofLH (formerly known as “Queers of RV”, until a teacher made me change the name) to create a safe space for LGBTQ+ students in my school, or at least amongst younger LGBTQ+ students. As activity on this page grew, I realised that more of such pre-university pages emerged, or became more active, broadening such resources and spaces, reminding these students that they are not alone in their journeys – there are a whole lot of us in this together.

Not before long, the Ready4Repeal movement resurfaced, and in response, I started a petition calling for education on the LGBTQ+ community through schools and community spaces to increase LGBTQ+ acceptance in our society – it is important to shift the mindsets of people in order to foster an inclusive society.

A couple of weeks later, I attended the Ready4Repeal town hall discussion. There, a speaker shared about the importance for LGBTQ+ people to share about the discrimination they face, in response to perceptions like Minister Ong Ye Kung’s expressed oblivion to such realities. An audience member raised the concern of how sharing such experiences publicly might compromise some queer people’s safety by outing themselves. This question stuck to me, and the very same night, I started @MyQueerStorySG, a platform for LGBTQ+ people in Singapore to share their stories with the option of anonymity.

Of course, my advocacy went beyond my personal efforts on social media. I have been invited to speak on various platforms, such as in live discussions (e.g. Sayoni’s panels), on podcasts (e.g. New Naratif), and at events (e.g. Pink Dot). Some university and pre-university students have also reached out to me for research/project interviews. As much as I am sharing my insights when I hold the mic, I am also learning a lot from those around me, both on and off camera.

Amidst these conversations, I participated in a peaceful demonstration in early 2021, advocating for the rights of transgender students. Enough was enough – for every day that schools and our society continue to reinforce cisnormativity and gender norms, the lives and wellbeing of transgender people are at stake – our state needs to know that our youths today and our youths to come need to have the safe and conducive learning environments they had promised.

Advocacy is not, and should not be one-dimensional. Along the way, I have also learned more about how the personal is political, and that various issues concerning social and climate justice are also deeply intertwined. I have since gotten more involved in advocacy efforts beyond LGBTQ+ activism, such as advocating for the abolishment of the death penalty, and for divestment from fossil fuels. Every day, I continue to grow and learn about and within our diverse and complex world, trying my best to uplift those who have been let down by oppressive social structures. I hope that my actions will inspire others to advocate for the disenfranchised, to redistribute their privileges, to leave the world a better place than they were brought into, in any capacity they can too. 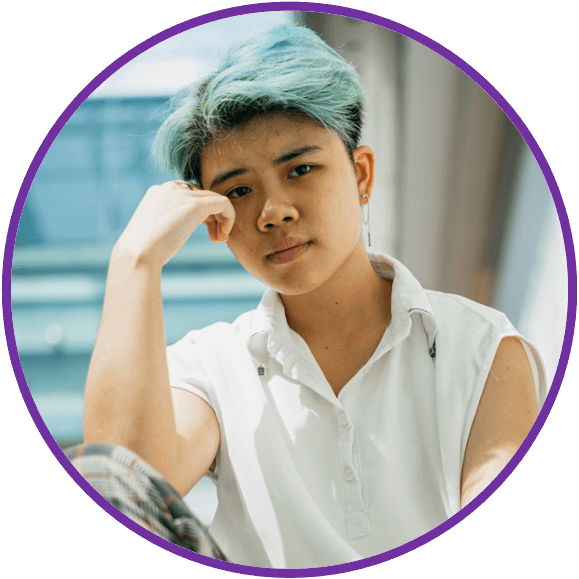 Elijah Tay (they/them) is a passionate youth activist who has been involved in advocacy work since they were in secondary school. At the age of 16, they founded initiatives like @QueersOfLH and @MyQueerStorySG to uplift the voices of the LGBTQ+ community in school and in Singapore respectively. They have also shared extensively in live discussions and podcasts, such as on New Naratif’s Political Agenda, Sayoni’s webinars, SPEQ:TRUM podcast, Lesbeheard’s Instagram Live and Ferne Health’s online workshop. They believe in the importance of creating safe spaces while moving society towards becoming a safe space for all.