My Mom Didn’t Know… I Could Never Reject Her 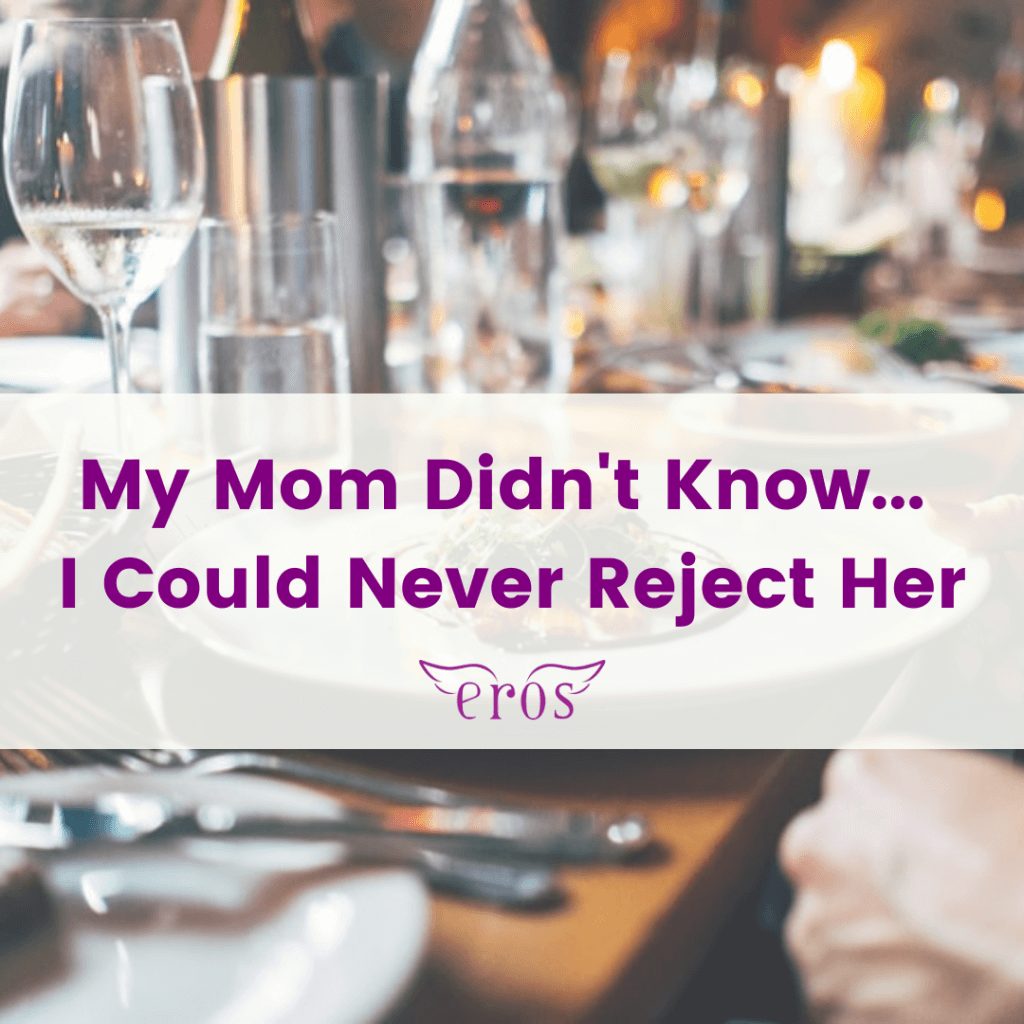 One of the biggest and most common complaints mom made when she was alive was that we didn’t bring her out to eat enough. Unlike her, food wasn’t and has never been a big deal for me.

However since this was obviously important to her, I made it a point to take her out for meals as often as I could and as often as she was willing. I recognised love is doing what you don’t care for but do out of love anyway.

Once I brought her to a fancy western restaurant and she got all awkward looking at all the cutlery laid out then said, “So many. Don’t know how to eat.”

I saw through her right away: it really wasn’t about which was the right or wrong cutlery for which dish. She was afraid of me being embarrassed of her, judging her, or worst rejecting her.

The strong, wilful and independent mom I knew my whole life was now scared of me. It broke my heart.

I replied, “How to eat? Put food in your mouth.”

She relaxed considerably and enjoyed her meal with a gusto.

The moment I said it, a memory came to mind. When I was probably 3, mom brought me to a fancy sit-down western work dinner. I don’t remember much of the dinner other than how awkward I felt. It was mom who taught me which cutlery to use for which course. She might have forgotten which cutlery to use years on, but I haven’t forgotten she was the first person who prepared me for behaving appropriately in formal occasions, and for adulthood.

Years later, how could she fear that I would look down on her? I will never reject you, I thought to myself. Never.

As tears welled up there and then in that restaurant, there was so much I wanted to say. Instead I hid my tears, turned to her and asked, “Is it nice?”