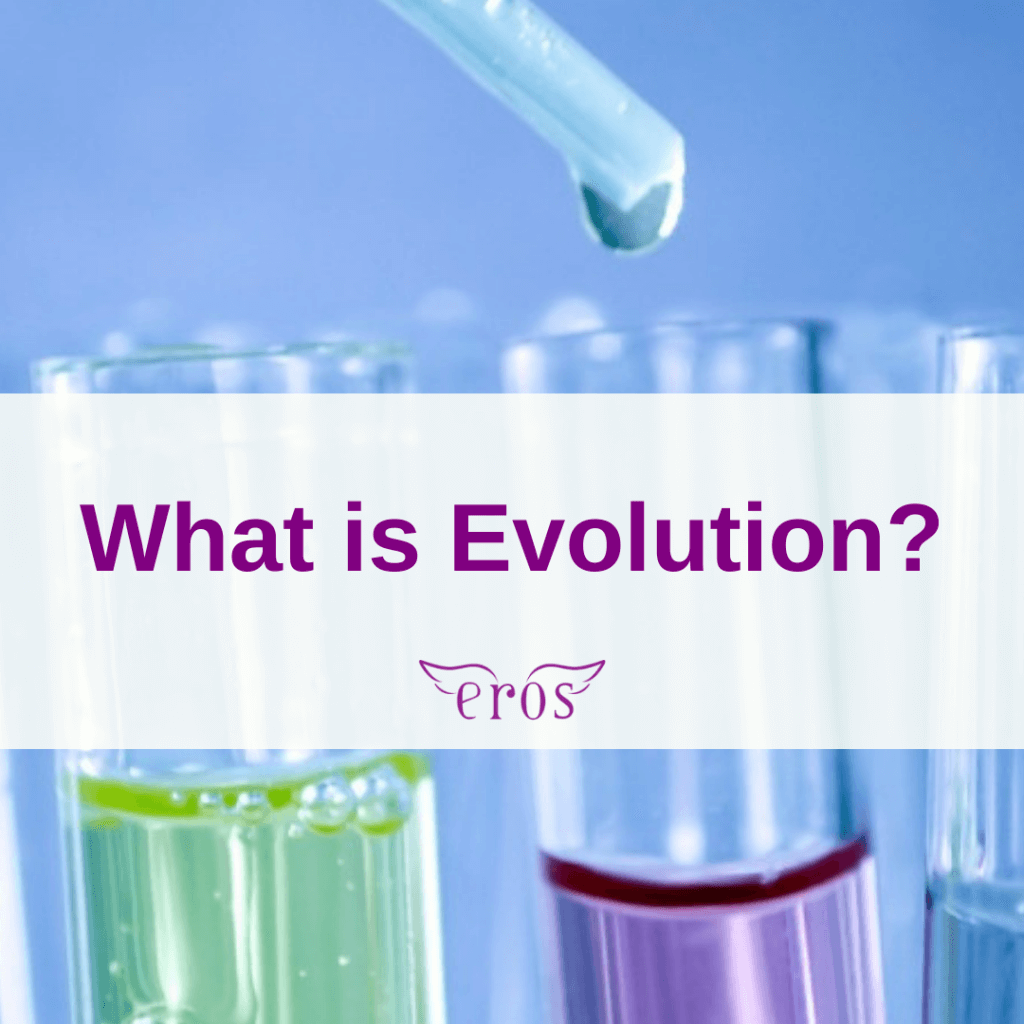 I’ve been taking biology class because I never did take them. I was in the Arts stream and feel I could do some private catching up class.

In one class, this dialogue happened:

Teacher: “What is evolution?”

Me: “Evolution is when we evolve to something better.”

Me: “I know! It is when we change into another form permanently.”

(Teacher goes on to explain.)

Me: “Okay so evolution is when we change because of the environment we are in.”

Teacher: “That’s right. You’re now ahead of most other people.”

I was so intrigued with the definition of evolution because my podcast/ TV show is called Eros Evolution. Do check it out!