Tantra is the ultimate exploration of the Divine Presence within yourself and the other. By releasing your mind and ego, you can attain levels of bliss, connection and peace with another human being unlike any other human experience. Through a process of learning to be completely vulnerable you can reveal what’s holding you back from being present with your beloved.

Tantric intimacy can happen without engage in sexual penetration. An orgasmic Tantra experience can be as simple as a long deep heart felt hug, or gazing into your beloved eyes. 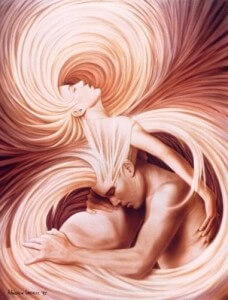 Tantra is a physical, spiritual and emotional meditation. To be able to share that with your Beloved… is especially beautiful. We expose the different aspects of tantra in this one-day workshop. Experiential practices will shared.

What will be covered:

Venue: My office at Purvis Street for now. Directions to confirmed participants. Subject to change.

Please note that no refunds will be issued if you have paid and cannot make it for the session. Replacement allowed. Do check out our media policy as well.

sexuality in Singapore, Dr. Martha Tara Lee decided to take it upon herself to right this societal injustice in 2007. She set out to make a positive difference in embarking on her Doctorate in Human Sexuality, then launching Eros Coaching in 2009. Today, she remains dedicated to working with individuals and couples who wish to lead self-actualised and pleasure-filled lives.

Often cited in the local media, Dr. Lee is the appointed sex expert for Men’s Health Singapore, and Men’s Health Malaysia. She was recognised as one of ‘Top 50 Inspiring Women Under 40′ by Her World in July 2010, and one of ‘Top 100 Inspiring Women’ by CozyCot in March 2011. She is the host of weekly radio show Eros Evolution on the OMTimes Radio Network. She has published three books: Love, Sex and Everything In-Between, Orgasmic Yoga and From Princess to Queen.

Martha works with individuals and couples in private coaching sessions, and conducts workshops. She takes prides in making sure all her workshops are also fun, educational, and sex-positive. This comes easily to her because even though she is extremely dedicated and serious about her work, she fundamentally believes that sex is meant to be fun, wonderful, amazing and sacred. As such, this serious light-heartedness has shone through again and again. For her full profile, click here. Email her here.