“I thank Martha from the bottom of my heart, for giving me the self-esteem to be a healthy, sexual person and for being the force that managed to push me over one of the greatest hurdles of my life.” 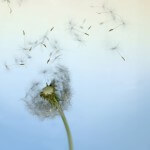 “When I first met Martha, I knew she would be someone I could talk to openly without having to censor myself or worry about being judged. She herself is a woman who can speak to people on many different levels, as I’ve observed, while always remaining true to who she is. She is open and candid, funny and smart, sensitive and compassionate. All these things made me comfortable in approaching her in the first place.

I had been suffering in silence for years and after meeting Martha, felt for the first time in my 28 years, like there was light at the end of the tunnel. Not only did she address all the issues I presented her with, she was 100 percent successful in helping me get over them!

I was a virgin for 28 years, not because I wanted to be or thought I had to save myself, but because sex was always something that was too painful for me. I had tried a number of times with a few partners, and attempted penetration always left me with blinding pain. I often felt like there was something wrong with me because I knew that sex was supposed to be a natural thing, and being single and having to date always made me feel anxious because I hated the thought of having to deal with sex with new people.

In only 3 sessions, Martha helped me overcome everything I had been trying to fight against all my life and I finally managed to have sex with the partner that I love and trust, whom I had been trying to make love to for 5 years. She went through relaxation exercises, physical exercises, pelvic exercises, and most of all, encouraged me. With every session, she gave me the courage to be myself and acknowledge the things I deserve.

By my fourth session with Martha, we were discussing methods to start enjoying the sex I was already having. If that’s not a feat, I don’t know what is.

She helped me with something that I was nearly going to give up on after having tried for so long.

Until I met Martha, I was clueless about the fact that there were practicing sexologists in Singapore and always felt at a loss when it came to whom I could talk to about my sexuality and my problems with sex. Martha gave me the avenue to be honest about sex in a society that is so afraid to even utter a word about it. If I had not met with her, I am certain that I would still be in the same position I was in a few months ago, struggling with something that I thought was near impossible.

I thank Martha from the bottom of my heart, for giving me the self-esteem to be a healthy, sexual person and for being the force that managed to push me over one of the greatest hurdles of my life.”