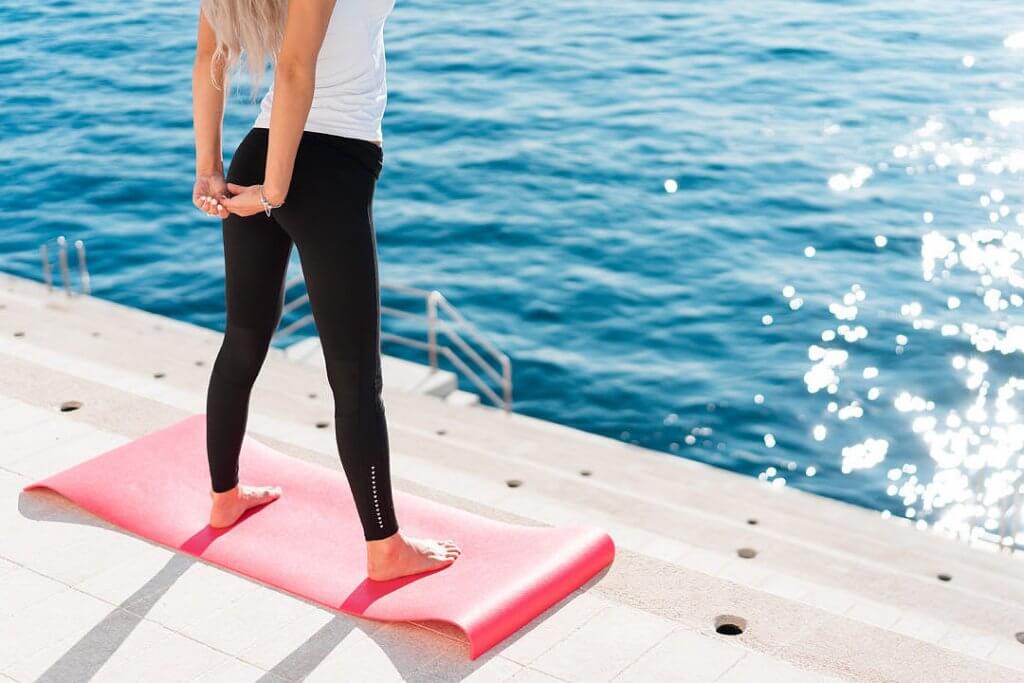 On show are six large nude colour photographs hanging in the living room hallway, study room and their bedroom, the last of which has a picture of Lim lying on top of Choh with her breasts exposed.

Lim, 33, was initially reluctant to have the photos hung up. She felt embarrassed for her parents-in-law Choh Yew Wah, 58, a taxi driver, and Lilian Ng, 52, a housewife, as their friends and family would visit and see the pictures.

But after receiving many positive comments about how the photos were in good taste, she says: “I’ve grown to think of them as pieces of art.”

The couple, who got hitched two years ago, opted for the revealing shots rather than traditional wedding photos.
Happy family: When Choh and Lim (with their daughter Reena and Choh’s parents) got married, they opted to have nude photos of themselves taken instead of the traditional wedding pictures, which they then hung in different parts of their home.

Choh, 32, says: “We are young and confident about our bodies. We wanted something different.”

His parents are comfortable with the sexy photographs.

Ng says: “I treat these pictures as art and take it that this is a trend among the new generation.”

The Chohs are not the only ones unabashed about dropping their clothes for a photo shoot.

Young Singaporeans are becoming more open about having nude photographs taken of themselves to mark special occasions such as weddings and birthdays.

Indeed, this newspaper found more than five studio photographers catering to this demand.

Photographer Edmund Leong, 30, who runs his own studio Edmund Leong Photography in Geylang, expanded his services five years ago to include nude photography after receiving numerous requests from clients.

His first such customer was a woman who wanted beauty shots of her in the nude.

Word of his service spread on forums and he shot close to 20 photo sessions last year compared with six in 2005.

Such snaps cost from S$300 (RM694) for a CD of soft copy pictures to five-figure sums for elaborate albums.

Kelvin Lim, a photographer running Portraits studio in Old Upper Thomsom Road, says he gets more requests from women to do nude shoots than men.

At least 70% of his clients are Singaporeans.

Although demand is still “tentative”, he notes that it is much stronger than when he first started five years ago.

Referring to celebrity couple Melody Chen and Randall Tan’s semi-nude wedding photographs three years ago, he says he saw a spike in requests after that period.

“We’re more open about expressing ourselves sexually and we’re more comfortable with our bodies,” he says.

So why are normally conservative Singaporeans shedding inhibitions, and clothes?

Assoc Prof Paulin Straughan, deputy head of sociology at the National University of Singapore, blames the influence of pop culture that has led to a “liberalisation in our attitudes to issues relating to sex”.

She adds: “When we are so obsessed with an ideal body type, it is inevitable that once we have that, we would want to flaunt it.”

However, Her World magazine deputy editor Denyse Yeo points out that while trends such as bare mid-riffs, shorts and mini-skirts have been around since the 1980s and 1990s, the difference today is that “women in skimpy attire these days aren’t afraid to wear these to clubs everywhere, regardless of whether it’s appropriate”.

While a person may be open about flaunting their bodies, it should not be assumed that they are equally open about their sexual attitudes, he also notes.

Certainly, there appears to be a new generation of Singaporeans who are unabashed about dressing sexily and even filming bedroom antics.

Things turned raunchy very publicly in 2006 with the infamous Tammy sex video in which a 17-year-old Nanyang Polytechnic student filmed herself and her boyfriend having sex on her camera phone.

In 2008, pictures posted on the private blog of a Singapore woman in her 20s showing her semi-nude and having sex with a partner in public were leaked online.

The latest incident was in February this year, involving a four-minute sex video of a former Singaporean air stewardess and part-time actress and her partner that was circulated on the web.

According to Ian Ong, owner of Mr & Mrs Smith, an upscale sex boutique in Bukit Timah, its workshops teaching people how to please their partners in the bedroom are always fully booked.

He says: “People are exploring sex today. We are beginning to appreciate sex as being recreational and not just for procreation.”

The same is true for Dr Martha Lee, a certified sexologist who teaches clients how to enjoy sex and improve their sexual techniques.

She sees up to three clients a day by appointment and says they range from couples to friends who come to learn together – and even mother-daughter pairs.

Sex shop chain S.E.X. In The City is also seeing a boom in sales of novelty items such as sex toys and aids popular with male and female executives in their late 20s.

Owner Jan Toh, who runs four outlets, says items were slow to sell when she started her business in 2002.

Now, her customers, especially the women, “know what they want and are not shy to tell you”, she says with a laugh.

Some areas are still no-go, though. In the world of media and advertising, it is hard to find Asian models willing to pose in bikinis or lingerie, much less go nude for a magazine photo shoot.

Upfront Models director Watson Tan says Asians are less willing to strip because they do not see modelling as a long-term career.

But he admits: “I do find it strange that the models are willing to go out in a skimpy top, sometimes without a bra, but are not willing to go nude for their professional work.”

Undergraduate Nicole Tan, 20, is not a model but speaks for many of her generation when she says that while she may be open to wearing a bikini in public, that does not mean she is willing to pose for the camera.

She says: “I may be open but I still have a conservative side to me.”