Media: A Word about Martha 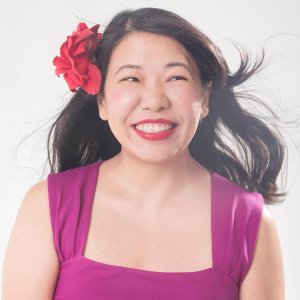 Written by Andrew Loh, the current Editor of The Online Citizen.
Posted on his Facebook under Notes on 22 Nov 2010 and reposted here with permission.

“When Ravi Philemon first told me he’d asked Martha to write for us (and that she’s agreed), I was rather intrigued. I’d come across Martha’s website – https://www.eroscoaching.com/ – and had wondered to Ravi if we could ask her to write for us. I didn’t think Ravi would indeed go ahead and ask her.

Ravi and I met up and had lunch with Martha shortly after and she seemed rather a likeable person. I was quite happy with her outspoken manner and thought it’d be great to have her on TOC.

I am really glad Ravi approached Martha because not only do we now have a most dependable and intelligent columnist, I also have a good friend in Martha.

When her first article went up on TOC in January this year (see here: “Facebook’s bra colour campaign for breast cancer hurts more than it helps”), some eyebrows were raised.

Indeed, some called me and asked me what I was doing, allowing “sex stuff” to be on TOC. “Are you sure you want this on TOC?”, “Wouldn’t that compromise the integrity of TOC?”.

My stand was quite simple, really: Martha’s trying to do what she believes in, and she’s having a hard time doing it because of the discrimination and the myopic visions of some. I explained that what she is doing is somewhat similar to what we at TOC are trying to do — to highlight issues which some may find uncomfortable but are nonetheless important.

One blog (I won’t mention which one) castigated us for “going the way of STOMP and Temasek Review” which had a sex columnist as well.

I find this rather ignorant because Martha is not a “sensationalist” sex columnist. She is a qualified, professional, practising sexologist.

It is quite different.

I knew that some of our readers would be uncomfortable with her articles but, as I told Zheng Xi (who was also quite shocked I’d allowed Martha’s column on TOC), give it some time and our readers will understand.

And indeed they have – judging from the lack of disparaging comments about Martha since. (We had quite a few in the beginning, which I’d disallowed, of course.)

But not everyone was apprehensive about Martha’s column. There were also those who told me she’s “cool” and that her articles are awesome.

I hope Martha will continue to write her pieces even after I am gone because what she says is important, simply because hers are subjects very few would talk about but which many experience. She’s had emails from women telling her how her articles have comforted and enlightened the women who read them.

And that, I feel, is what TOC does best – giving space to people who otherwise would not have it.

Look out for Martha’s special piece next… might be useful for Christmas.. ;))