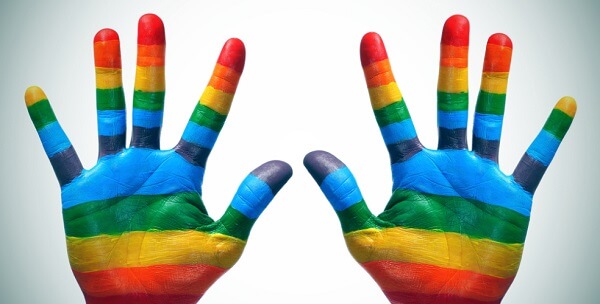 There is a new beauty pageant in Singapore. It’s named TruMe, an online transgender beauty pageant organised by Action for Aids; it will be officially launched next month.

The moderator of Sggurls, a transgender activist who identifies herself as Nicole Singslave, told me that she coined the pageant’s name ‘Tru Me’ after the blockbuster film, ‘The Truman Show’. Nicole shared, “In the movie, Truman lived for everyone but himself. When he finally discovered a TV-serial made of him, the fog lifted and he had clarity to break his strife of living his own life or a scripted one. [sic] Tru-Me is a play on the word Tru-Man.”

“I dropped the letter ‘e’ in True to portray the hidden half of a transgender’s life. I changed the “Man” in “Tru-Man” to “Me”, signifying the greyness of gender. The idea was crafted within a space of a quarter hour. It must have been one of those issues that had succor deep within me,” she elaborated.

‘Transgender’ is generally used as a catch-all term for a variety of individuals, behaviours, and groups centered on the full or partial reversal of gender roles. One currently accepted definition is “People who were assigned a gender, usually at birth and based on their genitals, but who feel that this is a false or incomplete description of themselves”.

That could mean that a person born female now identifies as male (some people use the term female-to-male, abbreviated to FtM) or an assigned male at birth who now identifies as female (also sometimes noted as MtF). But FtM or MtF are not the only categories of transgender, as there are an infinite number of possible gender identities out there in the world, such as transsexual, cross-dressing, transvestite, consciously androgynous people, people who are genderqueer, people who live cross-gender, drag kings and drag queens, amongst many others.

Not all MTFs hate their penises, are disturbed by erections, or necessarily want their erections to stop. Also, somebody who identifies as ‘transgender’ does not necessarily imply a specific form of sexual orientation. This means the person may identify as heterosexual, homosexual, bisexual, pansexual, polysexual, or asexual.

The term transsexual is applied to someone who is post-operative, or who plans to, or is in the process of sexual reassignment surgery, hormonal treatments, etc.

According to an entry posted by Afa volunteer Talya Stone on her blog Ms Demeanor: “Tru Me sets out to…portray the individual essence of beauty, glamour, and the versatile success of every confident and self-loving transgender individual.”

This is what Stone found out about transgenders in Singapore:

Gender roles are an important part of many cultures. Many transgender people often have to face considerable prejudice; indeed, many people have to be informed that not all transgenders are sex workers! And, that they have as much right as the next person to express their sexuality. A pageant like TruMe is one small but brave step in triggering discussion of what transgender means and hopefully further understanding and acceptance of the community in our society.