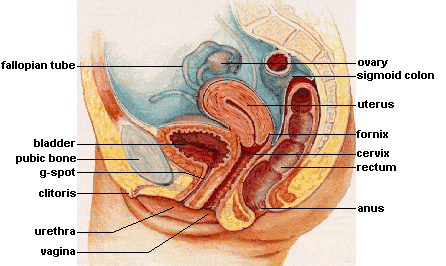 There is a place within a woman which is so famous that it is referred to by a singular alphabetic term. I am asked frequently, usually by men, just where this is. Many women are confused about whether they have one. The fixation has a lot to do with the belief that its stimulation results in an instant mind-blowing orgasm. No, not the T-zone. That’s right. We’re talking about the G-spot.

The G-spot is named after the German gynaecologist who first described it in 1944 – Ernest Gräfenberg. But the concept of a hypersensitive area inside the vagina did not become such an indelible cultural artefact, so much so that it has been awarded a place in the dictionary, until the publication of The G-spot and Other Discoveries about Human Sexuality in 1981.

In the book, the discovery is described — “the Gräfenberg-spot lies directly behind the public bone within the front wall of the vagina. It is usually located about halfway between the back of the public bone and the front of the cervix, along the course of the urethra (the tube through which you urinate) and near the neck of the bladder, where it connects with the urethra. The size and exact location vary. Unlike the clitoris, which protrudes from the surrounding tissue, it lies deep within the vaginal wall and a firm pressure is often needed to contact the G-spot in its unstimulated state”.

Rebecca Chalker, my schoolmate at the Institute of Advanced Study of Human Sexuality, reported in her book The Clitoral Truth that this description proved to be confusing for many women who couldn’t find such a hypersensitive spot. Women who did not have orgasms through vaginal stimulation with fingers or the penis thought they must not have a G-spot.

Part of the confusion of where and what the G-spot is can be attributed to how so many different words have been used to define the ‘spot’. Researcher Josephine Sevely referred to this tissue as Corpus spongiosum. In A New View of a Woman’s Body (1981), the Federation of Feminist Women’s Health Centers called it the ‘urethral sponge’”. In 2005, Our Bodies, Ourselves called the G-spot or urethral sponge the female prostate as well. In reality, the diverse terms Corpus spongiosum, G-spot, urethral sponge and female prostate all refer to the same thing. The G-spot controversy was made even more contentious in 2009 when a British study on the G-spot found its existence unproven and subjective based on questionnaires and personal experience.

As a sexologist, my primary concern is how women unable to find their G-spot are being labelled as “dysfunctional”. Since we are all different, there are bound to be some women whose vagina is more sensitive than others and it may not even be in the G-spot area.  Just as there is no one single or best way to have sex, a woman cannot be spending her time ignoring everything else, worrying about whether she is normal, and if she has this G-spot or not.

But for those who are still intent of finding this supposed magically place, know that it is an area on the front wall of your vagina about a finger-length inside. Stimulation can cause some women to orgasm and perhaps ejaculate. Before you insert your finger, get her aroused because this is when her G-spot tends to swell and be easier to locate. Experiment with different amounts of direct and consistent pressure on where the area might be. You need to move your finger in a “come here” motion. Try also thrusting or circular movements. Ask her what feels best. The G-Spot varies in size for different women. It can be about the size of a Singapore five-cent or twenty-cent coin. Remember not to let the lack of one spot ruin your relationship. It is more important having fun in locating it.