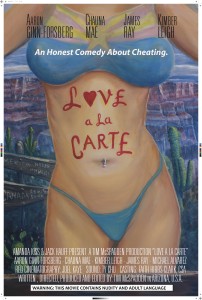 You’ll typically find the French attributed expression “a la carte” used in restaurants, where hungry patrons can choose side dishes and select individual items from the menu. This freedom of choice to select exactly what they want comes at a higher cost.

In the American comedy/fantasy “Love a la Carte,” the customer is Phil Anders (played by actor Aaron Ginn-Forsberg) and he’s hungry for love, which in his mind comes only from having sexual intimacy with his wife Evelyn (Chauna Mae). Their marriage has long been in a self-inflicted drought (the reasons for which the movie explains in painfully funny moments thru reality and fantasy), so Phil goes wandering off in the online desert in search of water, or at least some place where its wet, to satiate his long suffering thirst for what he understands is love.

He’s ready to risk it all with his marriage and he’ll pay dearly to be satisfied. What he finds is a a marital online dating website called “Love a la Carte” and plenty of reasons to justify having affairs, one of which in a shocking twist near the end of the movie, may be a secret his wife shares with his best friend.

In my own practice as a certified sexologist, the subject of infidelity, adultery or “cheating” on one’s partner does come up – whether it is the male or female. Their reasons include unhappiness with their spouse or with being married, boredom, and their moment-of-weakness emotional vulnerability. The internet certainly has made infidelity easier. Websites like “Ashley Madison,” “Gleeden” and “Adult Friend Finder” service a multi-billion dollar industry, with millions of world-wide subscribers. Perhaps you (or someone you know, wink-wink) are a member of these marital online dating websites or are considering joining? 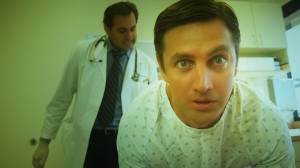 “Love a la Carte” is your chance to eaves drop in on the rationale (or commiserate with) the reasons why married people seek out online sensual liaisons with other people also stuck in what the movie calls “relationship quagmires.” Interestingly enough, most of these subscribers living in this shadow world of infidelity, according to Ashley Madison, reside in the national capitals of Canada (Ottawa) and the United States (Washington, D.C.).

In “Love a la Carte” certainly there is a lot of politics at play beyond the salaciousness of married people (or politicians for that matter) fooling around in Phoenix, Arizona, U.S.A., the 3rd largest city of subscribers to the “Ashley Madison” website and where the movie was made. According to the filmmaker, writer-producer-director Tim McSpadden, his state of Arizona continues to be on the front lines of a national debate over immigration and his movie clearly satirizes the xenophobia by putting Canada in the cross hairs and not the most obvious choice of the United States’ neighbor to the south, Mexico. While this story line might not be entirely clear to us in Asia, it does provide reasons why certain characters in the movie make the choices they make. Some people do search for reasons to blame others for their own failings, whether it’s why their wife doesn’t appreciate them, or why their husband believes all marital problems could be solved with an erection. 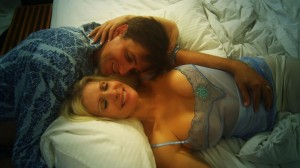 Within the first 60 seconds of “Love a la Carte,” you’re quickly introduced in documentary form into a world of lies, sexuality and over the top fantasy. While made in America, the movie seems more global in its frank approach with being an “honest comedy about cheating” with its Narrator from the United Kingdom, its Romanian doctor and a soundtrack from bands as far away as Australia (see their IMDB soundtrack here).

All of this creative story telling should warn you to be ready for left turns or sudden changes in whether what you’re watching is fantasy or reality. Many actors in the movie (such as actor Gary Herkimer) are credited with playing more than one character and according to McSpadden the reason is because people behave differently in some instances online than they do in person. McSpadden himself is seen in a personal ad proclaiming what he likes most about in women (his dick), then later being the obnoxious husband of Angela (played by actress Kimber Leigh), the other woman Phil is having an affair with and finally with Phil’s wife, Evelyn when she is on her own personal journey of looking for reasons why people stay in marriages they resent, rather than getting divorced.

There are many subtleties to the movie that may be only apparent to you after a second viewing, such as why the character of the wife is so cold for the first two-thirds of the movie (her name being Evelyn and a combination of the words “evil Lynn” and monikered that way to get you to root for her husband to have an affair). The other woman is “Angela” (an angel), and the good guy, moral compass character is called “Gene Isis” (for biblical genesis reasons played by actor James Ray). 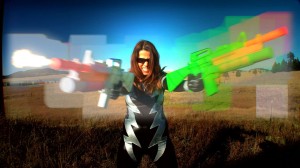 Take a guess why the husband is named “Phil Anders.” Plus, there’s even three different endings the audience can choose to accept, a sponsorship segment promoting tourism to the Planet Saturn and a plug to eat more Kumquats. There actually is a “happy ending,” or at least the possibility that with open communication and a willingness to evolve, a marriage in crisis can survive and will. Entertaining and refreshing!

Despite the odds of making an independent 88-minute feature length movie on his own outside of the studio system, McSpadden’s movie played the market at the Cannes film festival in June and is being shopped by California Pictures out of Hollywood, CA. In a non-exclusive internet distribution agreement with Indie Rights, the movie can currently be seen on Amazon, www.lovealacarte.com with more online platforms coming soon. You can stay up to date with the movie on their Facebook page here or by following it on Twitter (@LovealaCarte). To view the movie’s trailer and other free behind the scenes clips and a music video, visit their web page. Finally, if you want to stay in touch with the filmmaker, download the free “Love a la Carte” mobile apps: iPhone downloads here; Android downloads here.