On the last day of 2016, I did a sex magic ritual with a friend of mine. Of the intentions I listed, I know these came to pass:

It was on reflecting that there was so much ease, clarity, and power behind my intentions for 2017 that I decided to do a similar ritual for myself on the last day of 2017. 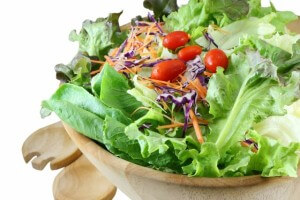 Since I’m house-sitting, I don’t have many of my things with me and needed to simplify things. Contrary to belief, one does not need many props (if at all) to go into ceremony – intention is key, though of course, whatever one likes and feels necessary for ritual will only enhance the sacredness and specialness of the session. I meditated on it and decided on creating an elemental ritual for myself – fire, water, air, earth.

I felt inclined to eat light, and detox a few days before 31 Dec, and decided on a food fast. I set the intention to not eat again till after midnight into 1 Jan 2018 (making it an approximately 36-hour fast).

Fire – I had already been exercising one hour a day (after a long hiatus from regular exercise) for the past two days at the gym so I knew I could do it (Please listen to your body and honor your body limits). At 6:30a.m., I started the day by exercising to reach my vibration and energy. I worked on the cross-trainer machine for 30 minutes followed by stretches. The intention I held was: “I release what doesn’t serve me anymore” (out of my body). 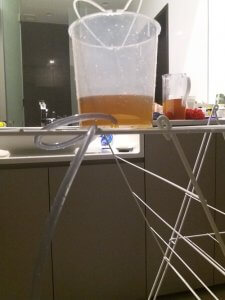 Water – Changing into my swimming costume, I went into the jacuzzi and placed myself such that the water jet would work its way through my 7 chakras, starting from my base chakra. The intention I held was: “I clear my chakras” (energy body).

After about 30mins of going through the back then front of each chakra of my body, I went back upstairs to the apartment where I did a space clearing – by going to the four corners of the ritual space and inviting my guides in. I proceeded to a coffee enema (I had already done warm water enema 1.5 litres per day the previous two days). I first used warm water only (1.5 litres) then the dilatated organic coffee (500ml) – holding the coffee into my body for an estimated 10mins. The intention was to “let go of what blocks me.”

I had a shower, applied essential oils on myself (anoint myself). I made myself a warm drink consisting of water ginger, honey, lemon, lime, apple cider vinegar, cucumber, and parsley – and drank it through the day keeping hunger pangs at bay.

Air – The place I am house-sitting has an orange hanging chair – which I love being an Air sign. This was where I penned my intentions for 2018. 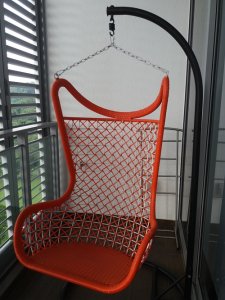 I was surprised that just how quickly they came, and after the “what”. I wrote my “why” – without examining why we want what we have, the desire behind them wouldn’t be strong and the reduced likelihood of them fulfilling. I then went into my “how” – breaking down each goal into smaller, achievable, and time-based steps. I also looked at how comprehensive the goals were, and wrote down smaller goals involving scheduling time with my parents, and for fun (not all work, improvement, and study).

I did this for at least an hour – feeling great love, compassion, and amplifying the sensation in my body (expanded state of bliss). This self-directed self-love is so important and felt so good – I thought about how I should do this more often. We need to increase our deservingness to receive, and it takes us being gentle with ourselves – not forcing. 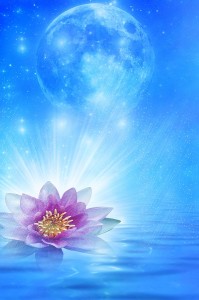 After my orgasms, I continued to touch my genitals and whole body for hours, and noticed the difficulties I had with staying awake till midnight. I also appointed body lotion and essential oils on myself at various intervals. I even set an alarm (which I didn’t need) in case I fell asleep. At 10 minutes to midnight, I masturbated again (not to orgasm), and sent the orgasmic energy up my spine and out my body through my crown chakra – same thing as below: to my intentions, smoothen my 2018, and to my beloved.

By the end of the ritual, I was tired but glad I did it – and gave myself the time to honor myself and my life. I got up and ate before going to bed. 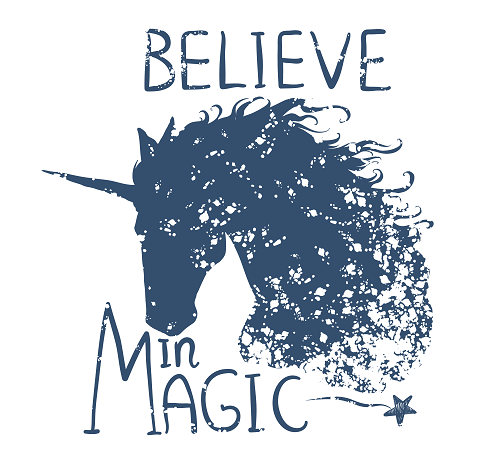 You, too, can create your own sex magic ritual with these general guidelines:

There is no wrong way to perform your own year-end or new-year rituals. You just need to have an intention, hold onto to your intention, and have a little bit of faith. Let me know how it goes for you by leaving a comment below.