Book Review: The Myth of Love

This is the second book by Randy Niederman whose first book Be Your Spirit I also reviewed here. 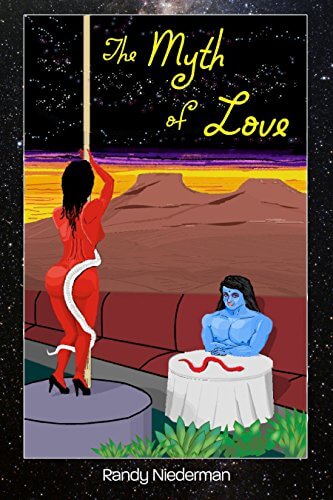 This isn’t a book I would typically read as you might be able to tell from my book list here, most of which are business or sexuality books – none of are sexuality-related and fictional. I found the first few chapters difficult going as this was out of my scope of understanding when the origin of the central characters One and Two were being established. Once One (Jimmy) and Two (Tasha), or was it the other way, met, the story got going for me, and it was riveting for the most part – and I just wanted to finish the book and find out what happens.

I like the scene where they met and when a sense of déjà vu occurred for them – because I’ve had many of such moments in my life before. I didn’t like the action scenes (with fights and shoot outs) and just skimmed through them, though I could see the book being made into some Hollywood motion picture (where I would also just get some shut-eye through those scenes). Though the book is essentially a love story – sex worker meets private investigator, there were some quite believeable present-time happenings: physical abuse, rape, strip club, tantra, meditation and what not. For a Sexologist who has tantra training (which I know Niederman also has), I am unsure of what parts were real, which were conjured by his imagination, or when he took creative license. End of the day, does it matter?

The plot escalated to celestial beings sacrificing their immortal lives for the betterment of humanity, complete with tantra meditation in the dessert, followed by, of course, the “happy ending”. It was a bit far-out for me, even though I consider myself fairly progressive and spiritually-orientated (again I thought Hollywood blockbuster). I could see this being a mind-opening book that could be great for some book club – as it is full of subtleties and innuendos. I would recommend this book if you like to be entertained and read something not quite like anything you’ve ever read before – for the curious and inquisitive!

He has practiced Eastern disciplines for most of his life. His mother was a Yoga teacher and he has been practicing Yoga since childhood. He has a second degree black belt in Aikido and has been a long-time practitioner of Tai Chi, Filipino martial arts, and Kendo. He has also been affiliated with Zen groups in South Florida and New Mexico.