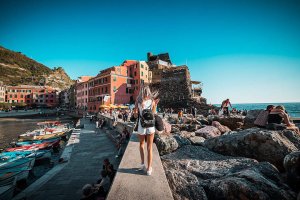 Call me a slow learner. It happened to me not once, but thrice before I caught on. When somebody asks you (especially repeatedly) what you think about something… they are actually wanting to do it with you – can be sex, or something else.

As a sexologist, I am used to being asked sex questions – and seemingly out-of-the-blue/ random ones by all genders. I learned in sex school that it is less WHAT they ask but WHY they are asking – the context and relevance to them.

The trick is me recognising (and asking) if they are asking me in my professional or personal capacity. And because I am a sexologist who happens to be a woman, I am at the receiving end of their covert advances (and invariably wasting my time and energy).

Many years ago, I connected with a HR professional and after some chats, he suggested meeting to discuss how to grow my practice. Yet when we met, he kept asking this question and redirected every single topic back to the theme of “What do you think of open marriages?”. I answered him professionally – what I think is less important than what works for different people.

Of course this led to him going on about his functional (not happy) marriage, his agreement with his wife, and how he was returning to USA (had six months left in Singapore). Yet he wouldn’t let up on this subject because (duh) he IS in an open marriage and wanted ME to have sex with me (without once directly asking me).

Why wouldn’t he just be direct and ask “Would you have sex with me?”. It’d be easier for me to say no, but no, to save HIS ego, he chose to ask me this repeatedly until I got his “hint”. Finally I said, “Is there any reason for this fascination about open marriage? I answered you what I think already and yet you keep bringing the topic back to this as if you don’t understand my answer.”

At the end of our meeting which left me feeling used (picking my brains about sex and NOT about what we agreed to when we met), not interested to help me (all about him), and not helpful to me whatsoever, his parting words were, “Oh well, at least I tried.” If he had been direct, I would have respected him more but the bad aftertaste was so sour that I wouldn’t want to be associated with him in any shape or form again.

Like I said, this happened to me with three separate individuals before I realised that when they ask me “What do you think of open marriages”, they just want sex. Don’t get me wrong – I have nothing against open relationships. I know several people who are in one and they make it work for them, but to poke around, hint, and keep trying even though I had already said my position IS disrespectful of my time and boundaries.

This is the same reason why I no longer agree to “catch ups” or “tea” with strangers without a clearly defined agenda at the very least, or people who want to pick my brains for their sex-related business venture. My time is mine and it may not be worth anything to you – but it is worth everything to me.

Get relationship counseling/ coaching from me. You can check out my services here www.eroscoaching.com/services.