Personal Story: “He basically said he wanted to rape me….” 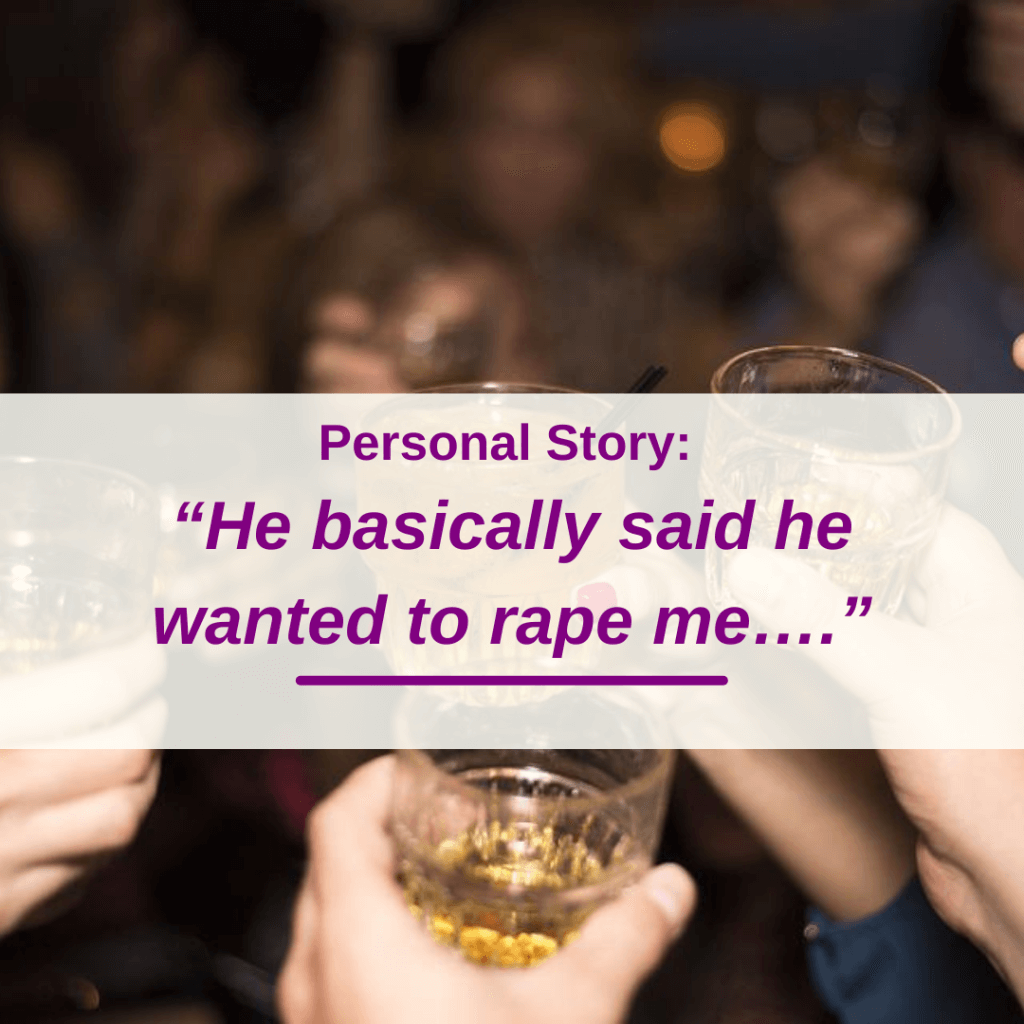 Published as part of Sexual Assault Awareness Month in April

Many years ago, I had a male friend ask me out clubbing and if I drank. I replied I didn’t drink but would be happy to go clubbing with him one day.

He was being flippant about fixing a time and finally retorted: “What’s the point? You won’t get drunk and we won’t be having sex anyway.”

That reply traumatised me and for a long time after.

I was shocked beyond words. He was basically saying that he wanted to rape me without half a thought. This would be a date rape since a drunk person is not capable of consent.

I didn’t have any romantic or sexual interest in him and I would never consent to sex with him sober or otherwise. I was however open to getting to know him more, and seeing if my feelings for him might change.

For him to think that getting me or any woman drunk so as to get sex revealed more about him than he realised. He was trying to “pull one” over another as some kind of mind-fuck or power game, and failed to recognise it as rape.

What I think and feel about him was irrelevant – I didn’t need to be making excuses for him.

If what somebody reveals unwittingly says a lot about how they do anything – I knew I could never let my guard down around him and not trust to be alone with him.

He is a downright dangerous person!

I never associated with him again.

This is just one of many stories that I know without a shadow of a doubt that I won’t experience or have to worry about if I wasn’t born in a female body.

By the time I reached adulthood, I have hundreds of such incidences and stories that I could have recounted, and there was so much anger that I had to process about being born a woman, the gender roles, and the limitations imposed onto me because I am a woman.

And because I am in this female body, I am able to relate to with my female-identified clients in a way that I wouldn’t be able to if otherwise. For this, I am grateful – “turning lemons into lemonade”.

I am writing this to share: 1) You are not alone; 2) Your story is more common than you might realise; 3) I’ve done my own inner work to heal myself and I’m here to support you.

Do you have similar stories? If you like an outlet to air your injustice, promote awareness, and influence change, you may wish to reach out to me to publish your story in confidence here.