A Story of Learning to Assert Myself 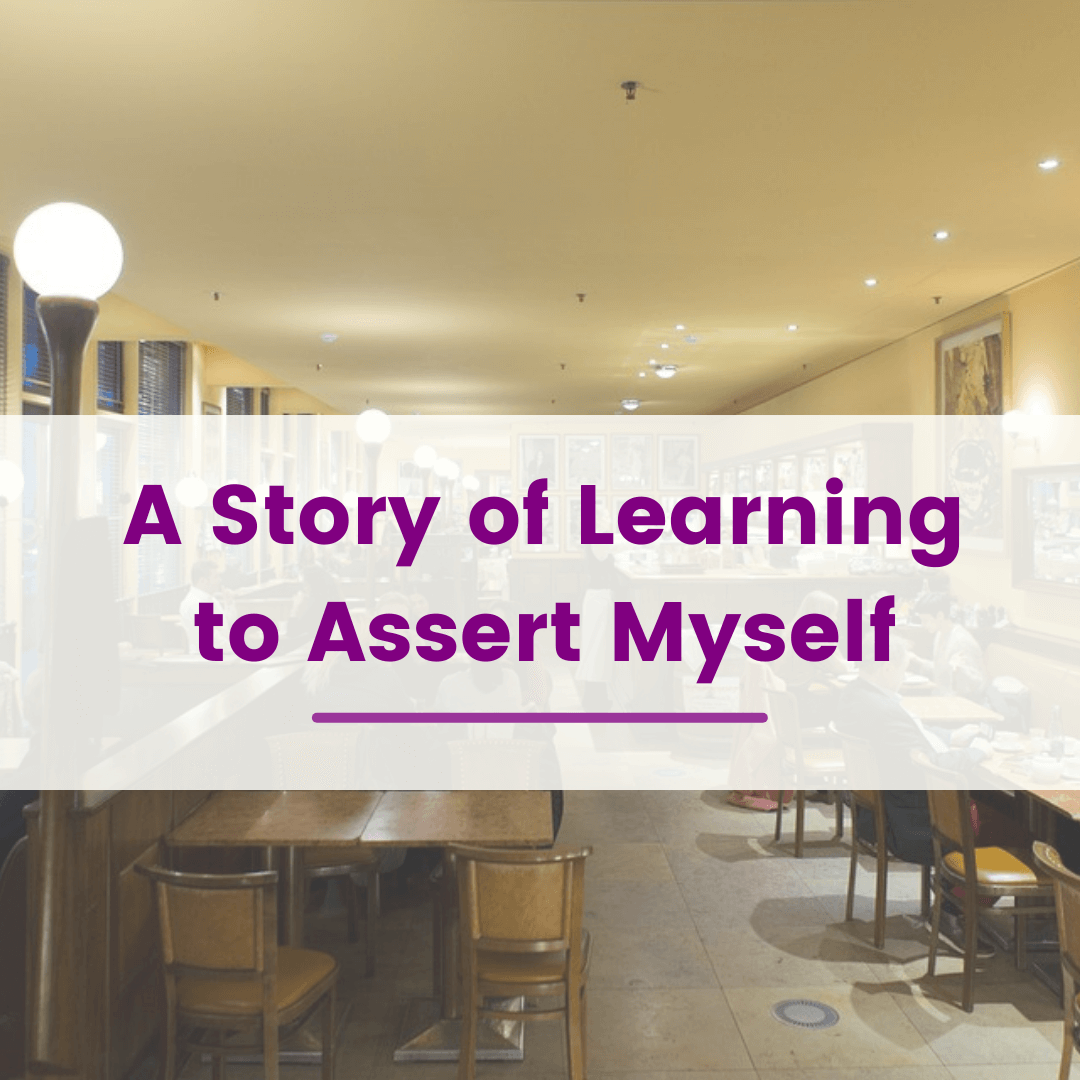 Years ago, when my office was at Purvis Street, a popular restaurant opened downstairs and a line would form infront of the only entrance up to my office blocking it every night.
I started having clients walk right past the entrance not being unable to find my unit number, resulting in me spending more wasted time waiting around. At times, my clients would be triggered (coming up in a bad mood and I would be the recipient of it) because they were already feeling emotionally vulnerable and needing to push past the crowd.
Whenever I saw people blocking the entrance, I would try to tell the restaurant staff present that they needed to make sure the line didn’t block the entrance. They didn’t care. I would feel extremely helpless and angry as this happened nightly and I felt I failed to protect my clients.
One night, I decided I needed to escalate this rather than continue being passive aggressive or aggressive about the situation. By then I had been suffering for close to a year about this situation. I wrote into the restaurant through their Facebook account about what has been happening, and how it has resulted in utter misery for me.
I received a quick response. The owners hadn’t known there were offices upstairs. They didn’t know about my efforts to talk to their staff, were apologetic, and said they would implement changes and implement a queue system within the next few days – and they did.
The wait staff probably didn’t care because it’s just a job for them. And I never once told anybody about my practice upstairs until that Facebook message. I suffered for so many months about the situation when all I needed to do was get in touch with the right people who could make a difference.
Back then, it was still hard for me to differentiate between passive aggressive, assertive, and aggressive. I was going about it all wrong, and this was one of the first times of me practising to speak up and then find the confidence to assert myself.
Learning to speak up is like training a muscle. People who know me think it has always been easy for me. Contrary to it, I have struggled as I learned how to speak up and assert myself… and self-soothe as I did so because it’s part of growing ourselves.
I understand how challenging it can be for some people especially if the subject matter is sex, but it’s really important that we learn how. Get the support and practice you need. It’s really easier than you think, and change is possible.
Assert yourself better. Get relationship counseling support here.