Speaker was Apparently Famous for Talking About Successful Marriages… 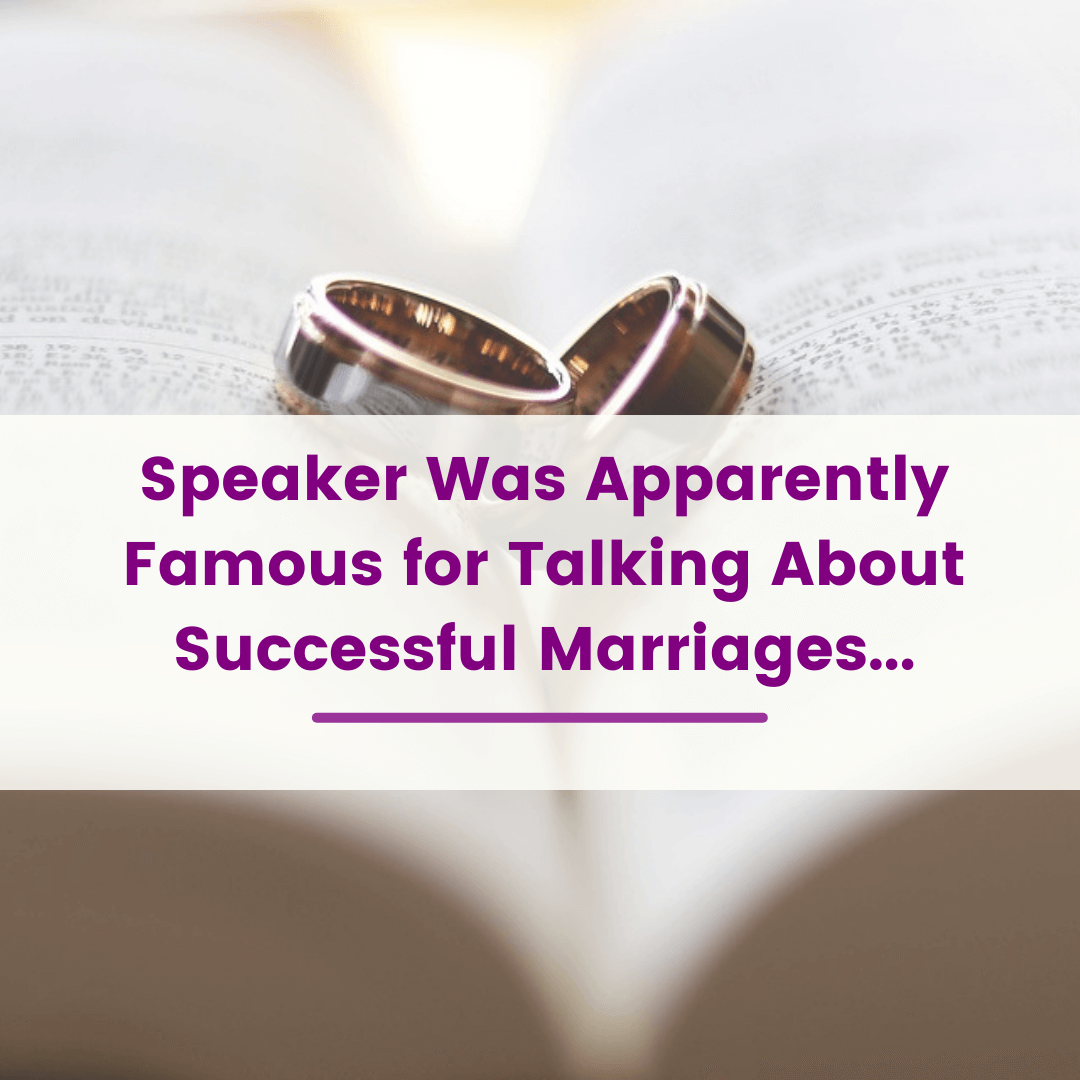 Years ago, I attended an event where the speaker was apparently famous for talking about successful marriages. I remember being impressed and queued to get my purchased copy of his book autographed.

Later when he was on stage, I was shocked when I heard him say he was qualified to talk about marriage because he’s been married for 30 years. And it’s true. He didn’t have any qualifications or training whatsoever. He then proceeded to make a lot of sexist jokes around male and female differences and all other kinds of contrived and cliche sayings around marriage.

I wanted to like him. I was rooting for him. I learned nothing from his speech. Instead, I was appalled, disgusted and wondered what’s wrong with the crowd who was laughing along, Singaporeans, or even Singapore at large.

Longevity of a marriage doesn’t give you credentials. Doing the wrong thing for 30 years doesn’t make it right. To earn money as a speaker, it’s also not right to make fun of your spouse publicly! Even if his spouse was ok with it, it hurts all of us as it’s about making a mockery of marriage!

That event wounded me. It affected my confidence as a future speaker. I questioned whether I could help couples in a meaningful not demeaning manner. I asked myself whether I needed to reduce myself and my content to his level to be considered as a speaker, or in order to be a successful one. If anything, he made me realise what I didn’t want to do or be.

People have said my events are fun, light-hearted and educational at the same time. 13 years on, I’d share my personal stories, joke about myself, about sex, but never about people. I found my groove as a presenter and I am still my own person.

P.S. I did read and ended up throwing away his book. It’s one of the few times I had to throw a book away rather than give it away because it was bad, really bad and his crap shouldn’t be in the hands for an unwitting audience.