Horrible First Date – What not to do + what to do instead 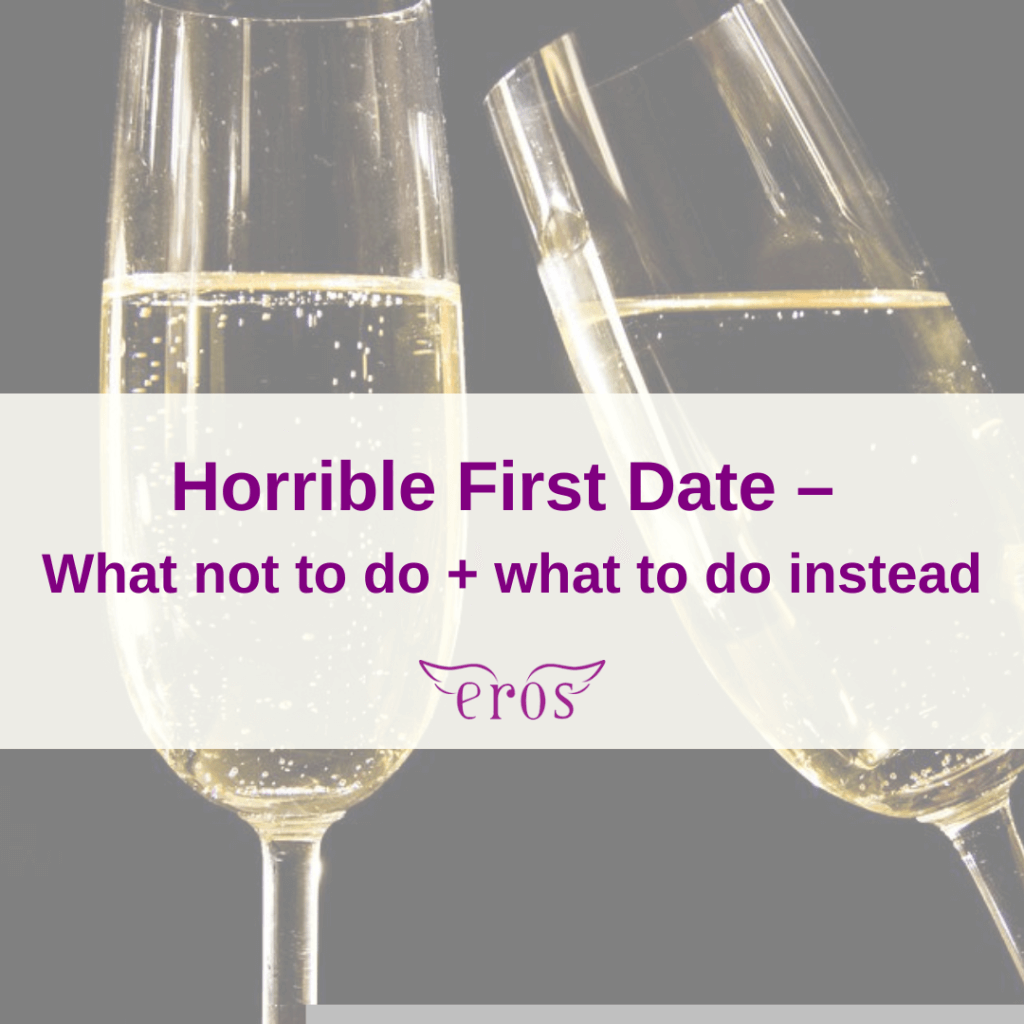 Many years ago, I went on a coffee date and sent a text to my date when he was nowhere to be seen.

I asked how long – as “on the way” could mean many things and yet didn’t get a reply. So I ended up waiting more than an hour in a noisy café where I was increasingly frustrated – feeling both irritable and disrespected.

When he arrived, I found out he came from Woodlands (or somewhere far like that), and knew very well it would take him one hour to arrive (feeder bus then MRT). He didn’t think to give me any heads-up about how long the wait, seemed completely alright with keeping somebody waiting, and also did not apologise about being so late.

I called him out on it but did want to give my date a chance. He proceeded to launch into a long monologue about how his relationship status was complicated. Essentially he was in an open marriage and identified as polygamous. He seemed to thoroughly enjoy talking about himself, belabour the point, did a lot hmm-and-ahh. Fed up, I told him I was a Sexologist and even then had to repeat several times I knew exactly what he was talking about, and was in reality, familiar with this subject matter.

Thrown off by the disruption of his undoubtedly standard-operating-procedure on dates, he knew not what else to say except: “I’ve never met anybody who can explain non-monogamy so well… better than me.”

I was neither his therapist nor trying to gain a new client, but he ended up asking me to recommend him non-monogamy books to read – which err, it also didn’t occur to him to research/ read up on. Eventually I told him that I didn’t see a point in continuing our date. I was disrespected, mansplained, interrupted, and dismissed several times during the short time we were together.

He didn’t give up, and tried persuading me to enter into a relationship with him, “It’s such a shame though. I am so attracted to you though. We have something special between us.”

I felt nothing – no flicker of a spark, no attraction, zilch!, yet here he was trying to gaslight and manipulate me into loving him. He hinted at his marital challenges, and expressed how he could benefit from having somebody like me in his life (his rescuer). Wow! This person was delusional to the max, possibly narcissistic, and capable of having a relationship (if not multiple ones) all by himself with that lack of self-awareness and realisation.

My point in this sharing is:

Just to be crystal clear: I am NOT saying there is anything wrong with non-monogamy. I just had issues with how this person was. I do work with clients around navigating non-monogamy relationships or opening up their relationships. While the struggle to find oneself and communicate is real, do be the best advocate you can for your own life. There is always support available.