Book Review: My Journey Through War and Peace

I was approached by the author Melissa Burch to review her book “My Journey Through War and Peace: Explorations of a Young Filmmaker, Feminist and Spiritual Seeker“. She sent me an advanced print copy on my request, and I wasn’t prepared for how much I’d like it. 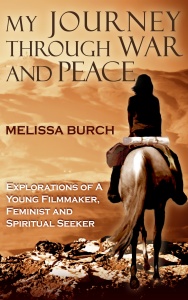 Published on 1 March 2016, the book opens with her, 21, waking up in a room with seven bearded men in Afghanistan. I start wondering how I could possibly continue since I am not particularly interested in the horrors of war or politics. Intrigued by how young she was, I continued and was soon to be drawn into Burch’s world where she worked as a war journalist for BBC, CBS, and other networks. I couldn’t put the book down until I finished reading it, in one day.

I noticed how I perked up whenever there was any hint of sex and romance, and indeed, there was sex – including with an Afghan commander (whom I like to fantasize was tall, dark and handsome). I was triggered when I read how she was sexually harassed (and conceded to sex – though I would call it rape) in another separate incident, since I was sexually harassed two weeks ago. I found myself tearing up – horrified, yet appreciated her raw, honest and vulnerable account on the same breath.

In the book, she returned to Afghanistan thrice and we see how she matures over the momentous decade. I like to believe that readers, including myself, would evolve alongside Burch – from becoming more curious about world politics, the inner workings of the media, to the power of a group of people working towards greater consciousness. This is more than one epic adventure story, as it contains stories interwoven from her childhood and adult relationships back in city living. It is wonderful to witness reconciliation and healing with her parents, and her own spirituality awakening and unfolding.

From traveling with the mujahideen, filming an attack on a Soviet convoy, and climbing 14,000-foot mountains in the Hindu Kushshe, Burch is one extraordinary woman. Her team was one of the first documentary crews allowed in the Soviet Union at the height of the Cold War, and she was featured in a New York Times story about her time in Afghanistan.

Burch writes in the final pages, “My journey took me through war and peace, searching to integrate the male and female aspects of myself, so I could fulfill my individual human destiny. I know a life well-lived is a life lived from the inside out, directed from an inner knowing, full of mistakes, hard times and joy.”

Indeed, she’s led a well-lived life. Read this book and be moved by her humanness. This is a woman who is ahead of her time and worth celebrating and knowing. 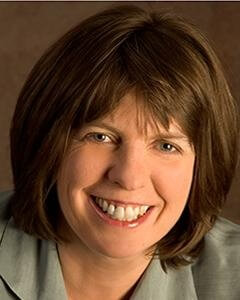 Melissa Burch has worked as a filmmaker for CBS and the BBC, was featured in The New York Times, produced a national public television series, co-hosted a radio show on Voice America, and has been a spiritual seeker for over thirty years. Her book, “My Journey Through War and Peace“, describes her adventures in war zones in Afghanistan and the Soviet Union and her peace efforts during the Cold War, as well has her inward spiritual journey. She was the executive producer of “Women in Limbo Presents,” a national public television series about women’s lives, and served as president of the New York Film/Video Council. Her book, “The Four Methods of Journal Writing: Finding Yourself Through Memoir”, was a #1 Amazon bestseller and is still in the top 10 in its category. She is also a homeopath, co-founded the Catalyst School of Homeopathy, and produced and hosted one of the first successful radio shows on Voice America on homeopathy.