Just when you pat yourself on the back for being “in the know” with relationship terms like “ghosting”, “phubbing”, “breezing” and “gaslighting”, there are more terms that has emerged! 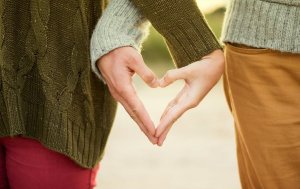 1. Breadcrumbing – A breadcrumber will send countless messages on dating apps, but will never meet in person. This trail of tiny morsels of bread (flirtatious messages) are merely serves to whet their match’s appetite and creating a hunger for more.

2. Benching – It’s the stage of a relationship where a date keeps you sweet(ish) by making contact just as you’re about to give up before suddenly ignoring you – repeating the cycle over and over again.

3. Cushioning – It is the practice of stringing along a few people so you have somebody to fall back in case you get dumped while being in a relationship. Call it buying yourself a little insurance.

4. Foodie call – It happens when your date is not necessarily interested in you per say, but rather in eating that night. Dinner does not lead to sex – but ends with the meal.

5. Gatsbying – This occurs when you post on social media like Snapchat or Instagram hoping to get the attention of your crush. In your heart of hearts, your carefully curated post is intended for that person.

6. Haunting – This is when someone you’ve ended things with decides to reassert themselves by following or liking your social media posts. Like ghosts, they appear out of nowhere — often they don’t even follow you officially. Seeing that notification pop up on your phone gives you a fright — or, worse, brings up all the bad feelings you’ve tried to leave behind.

7. Kittenfishing – It refers to when you present yourself on a dating app in an unrealistically positive way.

8. Love bombing – A seductive tactic where a manipulative person tries to control another individual with “bombs” from day one. The romance is rushed leaveing little room for the victim to assess if they are being manipulated. The victim become co-dependent on the predator, who is often a narcissist or sociopath. As soon as victims show a small hint of not caring or prioritizing their partner, the predator will often reveal their true colors.

9. Stashing – This happens when you’re in a new relationship and everything seems great, except for one thing – you’ve never met any of your new love’s friends or family.

As I type this, I wonder if there are any other relationship terms I don’t know of? Give us a shout out here!