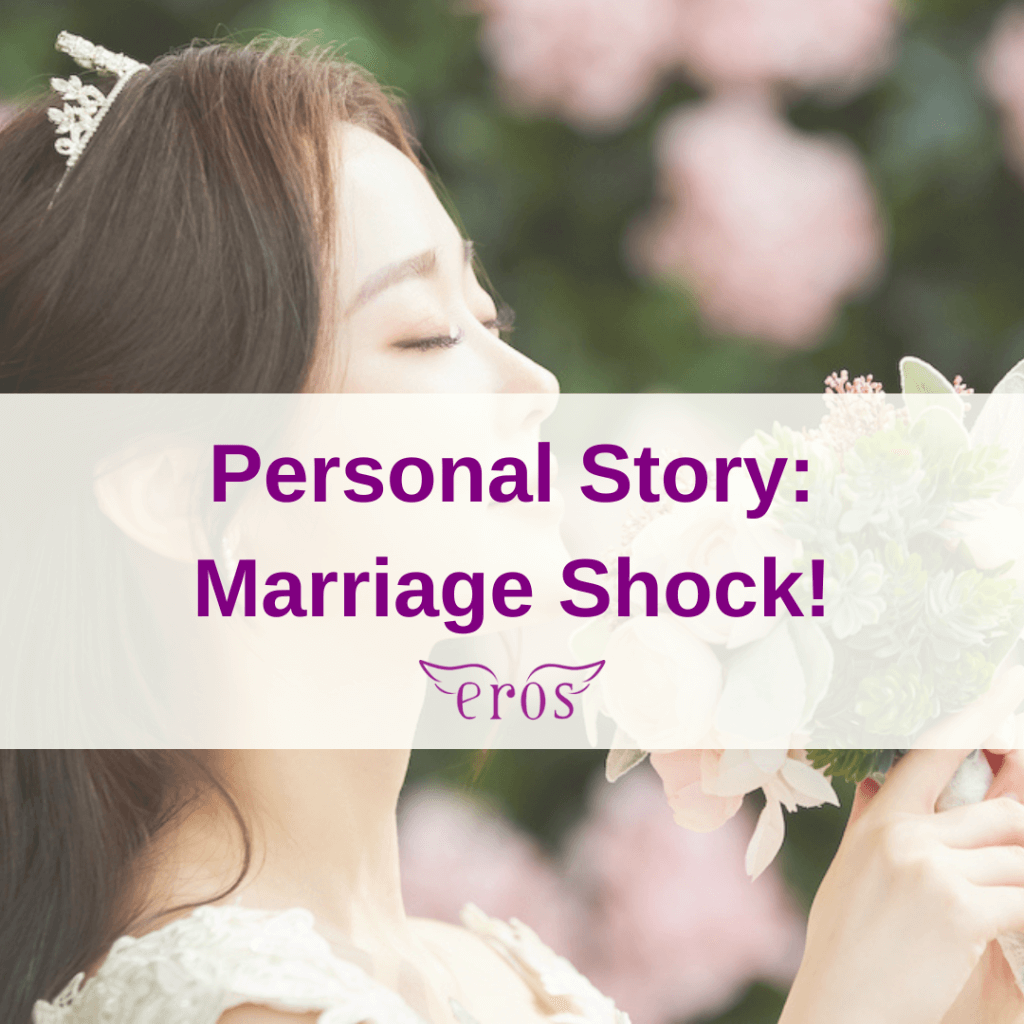 Growing up, I used to watch drama serials where a married woman would suddenly have a different hairdo the day after their wedding. Several times, I asked my mom why and she said, “That’s because she’s married.”

Often the characters in these dramas would become worse off (not just from the new hairstyle but personality). I came upon the belief that people lose parts of themselves when married, especially women.

My mom also had a permed hairdo through my formative years, and so I grew up thinking that’s how married women are expected to look (dowdy and modest).

Ridiculous as it sounds, I woke up, checked my hair, and was relieved that I didn’t sprout some weird hairdo the day after my wedding day. True story!

It wasn’t until I came across and read the book Marriage Shock in 2013 that it made sense to me.

What I did find was I was saying and doing things that were out of character, and not even things I wanted to, but because I thought that’s what married women did. I was unconsciously acting out from all that programming of what married people do. I had to recalibrate and re-examine what I wanted and who I was aka identity crisis.

Hence this is my invite: To explore if what you’re doing is serving you, whether within or out of your marriage. Let’s not fall into doing something that doesn’t serve us just because we think that’s how things should be. That’s neither wrong nor right. What’s right is what’s right for you.

Get support for your relationship and sexuality here.