This book is a memoir of how China’s foremost male ballet dancer and colonel in people’s army in China for sex change operation. She then became the Shanghai Ballet’s Prima Ballerina. 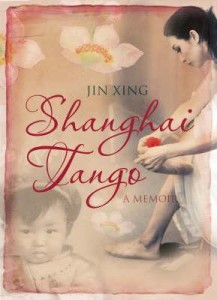 Being a sexologist, I was of course interested in reading about this person’s life story. Also I am somebody who really likes dance, and even though I haven’t had formal dance training, I do like free from dance movement. I was reminded immediately when I saw this book of another one called, Mao’s Last Dancer. It turned out that these two books were very similar in terms of the major plot points though Mao’s Last Dancer had a lot more detail. Though, this book was more simply written, it does explore the emotional state of Jinxing. Personally I prefer less details and to move more quickly along in a story. As a speed reader, I was able to finish this book in less than a day.

Jinxing’s journey to international fame was one of difficulty because she was born a man and from a young age she was already very uncomfortable with her gender. As a man, she was attracted to men and therefore a homosexual. When she transitioned she was then regarded to be in heterosexual relationships. At the end of the book, she doesn’t mention whether she found a partner, other than her adoption of three children.

This is a deeply felt, and inspiring account of growing up in the body that one feels unhappy in, being aliened and braving pioneering surgery in Communist China. One of the most heartbreaking chapters of the book was when she woke up to find that she couldn’t move her leg after surgery. Since Jinxing is a dancer, she was very worried about having severed her nerves and not being able to walk for the rest of her life. Through her perseverance, her neuroconnections were established, and she began to move her leg. Through rehabilitation, she was able to walk again and eventually dance.

I recommend this book for anyone interested in the topics of sex change, dancing, ballet, beauty, and also the backdrop of the story where communism was playing out in China.